My personal sins do not hurt anyone else but me.

Is the above statement true or false?

On the one hand, our personal sins do hurt us individually by hindering our fellowship and relationship with God. But we have to also remember that sin is rebellion against God and His ways. The prophet Samuel said to King Saul:

For rebellion is as the sin of witchcraft, and stubbornness is as iniquity and idolatry… (1 Samuel 15:23)

Our sins – hidden or open – empower the god of this world through its powers of witchcraft and divination. Plus, our stubbornness to hold onto our personal sins by not repenting of them may eventually cause the sin to move into the highest rank of wickedness: iniquity. This hideous sin is the one that forces God to eventually judge a nation when it hits a certain measure of wickedness.

Righteousness exalts a nation, but sin is a disgrace to any people. (Proverbs 14:34)

Remember: we all struggle with sin and our old sin nature. This is an everyday battle for all of us. But as long as we hate our sins and continue to cry out to God for His mercy and grace to help us rid ourselves of whatever sins we struggle with, He is faithful to do just that.

Lord, open the eyes of American believers and show us who we are empowering with our actions and words, whether it’s You or the god of this world.

Join with me on Tuesdays to fast and pray for American believers’ eyes to be opened.

Mountains Melt at the Presence of God (Part 6) 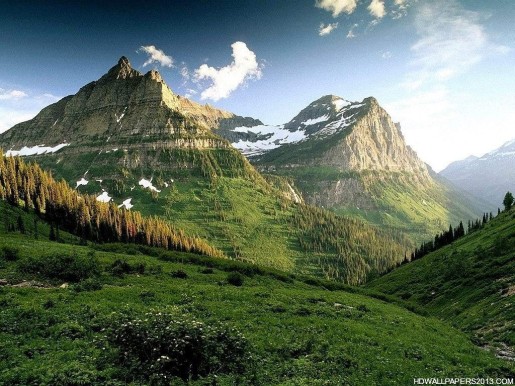 One of the great ironies of Christianity is that believers are always in His presence:

Little children, you are from God and have overcome them, for He who is in you is greater than he who is in the world. (1 John 4:4)

Brother Lawrence, a seventeenth-century monk, wrote The Practice of the Presence of God. The classic book is a compilation of his letters about how to be mindful of the Greater One’s presence each day. In a nutshell, Brother Lawrence conversed with God all day long.

Maybe that sounds too easy, but here is what Paul the Apostle wrote:

Does the Lord show up on a white horse as soon as I speak?

So far, this hasn’t happened but what does happen is that I’m instantly aware of His life-giving presence within me. Does this happen every time? Yes, it does because of His promise to us:

But there is the other side of this amazing divine irony of God’s presence.

(Continued in Part 7…the full series to date can be read here.)

“The small crack in the principality’s force field has come about because of an orchestrated prayer effort by prayer warriors, fasting and proclaiming Psalm 2:8 and Ephesians 3:10 into the heavens.” He touched his ear. “Listen.”

I heard the combined voices of thousands of intercessors praying: “Lord, we ask You to give us the heathen in San Francisco as an inheritance and a possession for Your kingdom. And in Jesus’ name, we command the principalities and powers to let go of San Francisco.”

He remained silent for a few moments before he picked up the conversation again.

“Now, the good news,” he said. “The crack allows the Lord to send a Special Forces combatant into San Francisco to do some heavy damage on the enemy’s defenses.”

I swallowed hard. A question bubbled up within me.

“Why not just continue using prayer? It seems to be working.”

“Every battle, every war is different. Jesus, the Commander in Chief, knows best what is needed to bring forth a victory. You need to follow His plan.”

“The first woe on San Francisco was a shot across the bow, just to get everyone’s attention. As far as any damage inflicted on the spiritual government over the city, it was minimal. A slight bump in the road for the spirit of depravity. And then, it has been back to normal, business as usual. This time will be different.

“But to truly understand spiritual warfare, you need to remember: Satan was an archangel who understands the government of God. When he rebelled, he became the father of lies and there’s no truth in him. Everything Satan attempts to do is a lying counterfeit of what God does and how God governs.”

He glanced at me, making sure I was on the same page with him.

“Satan’s army wears protective armor just like Christians do, but the demonic armor is the exact opposite of God’s armor. Their loins are girded with lies; their breastplates are unrighteousness; their feet are shod with chaos; they have shields of fear; they wear helmets of eternal doom; and their swords are the lying words of Satan. But there is one important similarity common to both God’s army and Satan’s forces. Can you guess what it is?”

I shook my head.

“Unity,” he said. “Both armies’ success depends on unity. God’s army is unified through faith in God and love of God and the brethren. Satan’s forces are unified in their hatred of God and His followers – and – their fear of God, Satan, each other, and bold believers.

“The crack reveals a successful chipping away in the unity and resolve of Satan’s army by the intercessors’ prayers and proclamations of truth. It’s wide enough now for your upcoming prophetic words to enter through it, and then out into the spiritual atmosphere over the city. There your prophetic words will confront speculations and thoughts that are opposed to the obedience of Christ in San Francisco.”

“Will the spirit of depravity counterattack?” I asked, remembering how the principality increased its barrage right after the crack appeared.

“Yes. All wars are filled with attacks and counterattacks, but your prophecies will provide a needed weapon which the saints can use to fight the good fight.”

He stared at me and the silence stretched for nearly a minute.

“The counterattack will be especially rough for you, but His grace will be sufficient,” he said. “Now, I have some special words for you.”

He told me my instructions and as he spoke, the gift of faith embraced me.

(An excerpt from Jonah by Larry Nevenhoven, ©2012, Amazon eBook)

Time and commissions softened the agents’ attitudes towards me. They turned cordial. Even the Lene girls treated me extra nice. The three continued calling me Junior, but their words contained a ring of admiration when they did it. The spring months passed and the real estate market heated up during the first two weeks of June. Everyone at the real estate office was busy making money.

Then, the angel stopped by my house.

The sun had set, the evening shadows merged into deep darkness. Albert lay on the red tile floor by the refrigerator, his tail wagging back and forth in time to a doggy dream. I stood at the stainless steel sink, washing dishes, and putting them away in the white cabinets when I heard a noise behind me.

“Oh mighty man of valor, how are you?” he said.

I gasped and almost fumbled a serving bowl.

“Fear not,” he said, holding his hand up.

The white-robed angel stood next to the oven, his chestnut hair a mere six inches from the ceiling. He held a gold handled sword in his left hand, with the point aimed downward. His words calmed my fears, even though there was a combat-readiness about him.

He extended his right hand to me.

I knew a rhetorical question when I heard one so I offered him my left hand.

Up through the roof, we took a sharp right toward City Hall. The wind whistled through my white tee-shirt and jeans. My feet were bare. I recognized the streets as we passed over them. California Street. Pine Street. Geary Street. Golden State Avenue. Grove Street. At City Hall, he put on the brakes so we hovered a hundred feet above the dome’s pinnacle.

“Tonight, your spiritual eyes will be opened up another notch, to three notches.”

I did not speak.

There was no expression on his face, but I thought I saw a smile in his eyes for a split second.

I followed his finger and saw the spirit of depravity sitting on a brass throne blocking a light portal. Once again, the ruling principality continually alternated its appearance between that of a beautiful white angel and that of a monster gargoyle. First one and then the other. The spirit never rested. The hologram ticker-tapes carrying lies spewed out of its mouth toward the earth below, but this time, I observed something else.

Have you ever seen World War II films showing German bombers flying over London and anti-aircraft guns firing up in the air at them? Every fourth or fifth bullet was a phosphorous tracer shell so the artillerymen could track their firing and adjust their aims. The skies lit up with these phosphorous bullets of light heading toward targets overhead.

This was what it reminded me of when I looked up, because thousands of bullets of light ripped through the heavens toward the spirit of depravity. The bullets came out of San Francisco, from other American cities, from foreign lands, and especially out of China and Korea. None seemed off-target. They converged at a specific point on a force field of some kind which shielded the principality. The force field appeared to have a spiritual life to it.

I noticed a weakening in the force field. A small crack appeared. The look on the principality’s face revealed the alarm and terror it felt from the damage inflicted on its protective shield. The spirit reacted by accelerating its ticker-tape barrage upon the earth below.

“This spiritual warfare is being waged by chosen intercessors against the spirit of depravity. Many of the prayer warriors are former gays, lesbians, sexual perverts, women who had abortions, people involved in the abortion industry, and even babies who have survived abortion attempts on them. They have been washed in the Lamb’s blood and delivered from their pasts. Now, they are used, along with others, by the Lord God of Hosts as His air force against Satan’s forces.”

Air force? I thought. The Lord has an air force. Does He have marines? Or a navy, too?

(An excerpt from Jonah by Larry Nevenhoven, ©2012, Amazon eBook)