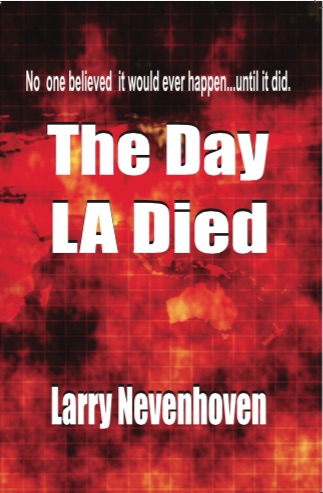 “LA died today. Our nation’s worst fears since the destruction of the twin towers on September 11, 2001, have become a reality. At 3:33 p.m., Pacific Coast Time, a large nuclear bomb was detonated over Los Angles.” (Blake Parker, WNN TV News Anchor)

Thirty-three years earlier, Luke Stoner made a vow, but does he still have to honor his promise now that the nuclear bomb has exploded in nearby LA? And what about his wife, Cat, and their teenage son, are they forced to buy into the same deal? Thousands of lives hang on Luke’s decisions and his vow.

Others ambushed by the tragic news coming out of LA include a newly elected President, a bitter ex-Navy SEAL, and a popular TV news anchor. All know the clock is ticking down for tens of thousands of people.

“Oh God, where are You? Can’t You help us? (Boomer Smith, ex-Navy SEAL)

Any hopes for miracles? Not much. Even God may be too late for Southern California.

Powerful. Frightening. And yet, inspiring.

The Day LA Died is a fast paced novel sure to keep readers’ fingers turning pages until its surprise ending. This is the first in the Luke and Cat series of novels.

Available on Amazon for Kindles, Kindle Apps, and Paperback.

Jonah consists of two novellas written specifically for people who live in a post-911 America and who no longer see hope in a watered down, same-o same-o religion.

The main character in the first novella, Jeremiah, has his dreams wrecked by a late night visitation with an angel. Then, he receives a prophetic message for San Francisco. Will the city heed Jeremiah’s warning or is the city doomed?

In the second novella, Jonah, two prophets receive identical messages for the West Coast. Though each faces different struggles, it comes down to whether or not the people believe the prophets’ words. If the prophetic words are ignored, what will happen?

Fiction or prophecy? Time will soon reveal the answer to all of us.

Available on Amazon for Kindles and Kindle Apps

Deceived Dead and Delivered consists of two short novels, a prophetic allegory, and a few short stories, written especially for believers who are looking for answers to today’s tough questions.

In the first short novel, Pull the Plug, life was perfect for Chuck Brewster until that Easter Sunday in San Francisco when the angel arrived and opened Chuck’s eyes. From then on, Chuck’s new revelations stirred up nothing but trouble…or so his wife and family thought.

The second short novel, Deceived Dead and Delivered, takes place near the campus of the University of California, Berkeley, where Daniel and Amanda McCord attend the progressive Jesus Is Love Community Church. Then one morning a new spiritual gift causes Daniel to realize, “demons suck,” and that his church has big problems.

The Great American Church Derby is a prophetic allegory which takes place in a Starbucks with two men drinking coffee. It offers hope to hungry believers who long for a church who truly walks in unity.

The book contains the above, and also a few short stories.

Fiction or revelations? You can decide for yourself after reading Deceived Dead and Delivered.

Do you prophesy? If not, why not?

These may be questions you have never been asked before, or at least, not very often. But did you know that the Apostle Paul asked questions much like these of early Christians? He wanted all to prophesy.

Prophecy is a gift meant for each of us so we can help other people.
(1 Corinthians 12:7 paraphrased)

The Apostle Paul knew the early Christians needed prophecy because of their perilous times. Famines, persecutions, wars, and even shipwrecks awaited many of them so they needed warnings from God. And one of the best ways to do that was through prophecy.

Okay, but what about today’s Christians?

On May 20, 1985, I was planning on committing suicide, but a businessman spoke prophetic words to me which saved my life.

As you can probably guess, I am fervent for prophecy and like the Apostle Paul, I believe all should prophesy. You see, just one prophetic word might change your life, a family member’s life, a neighbor’s life, or a stranger’s life. And who knows? Lives might be saved because you prophesy.

Prophecy 101 contains 58 simple lessons that I have learned over the last twenty-seven years on how to prophesy. The book is filled with scriptural and personal examples in a quick reading style.

So, do you want to prophesy? The decision is yours.

What is the #1 statement spoken by individuals during large catastrophes?

“I didn’t think this would ever happen to me.”

Why do they say this?

They thought catastrophes always happened to someone else, never to them. And if it did happen, they believed the government would arrive on the scene and rescue them before their cups of coffee turned cold.

If this is your present thinking, then allow me to say one word to smash your ideas to smithereens: Katrina. Yes, Hurricane Katrina, the watershed event when all of us should have learned to never again place our faith in governments to rescue us or our families from catastrophes.

Planning + Preparation = Survival is a no-nonsense book written to show Christians how to pray, plan, and prepare ourselves, our families, and our communities for possible natural and terrorist catastrophes in the near future.

This book should be a required reading for all believers, especially those on the West Coast. 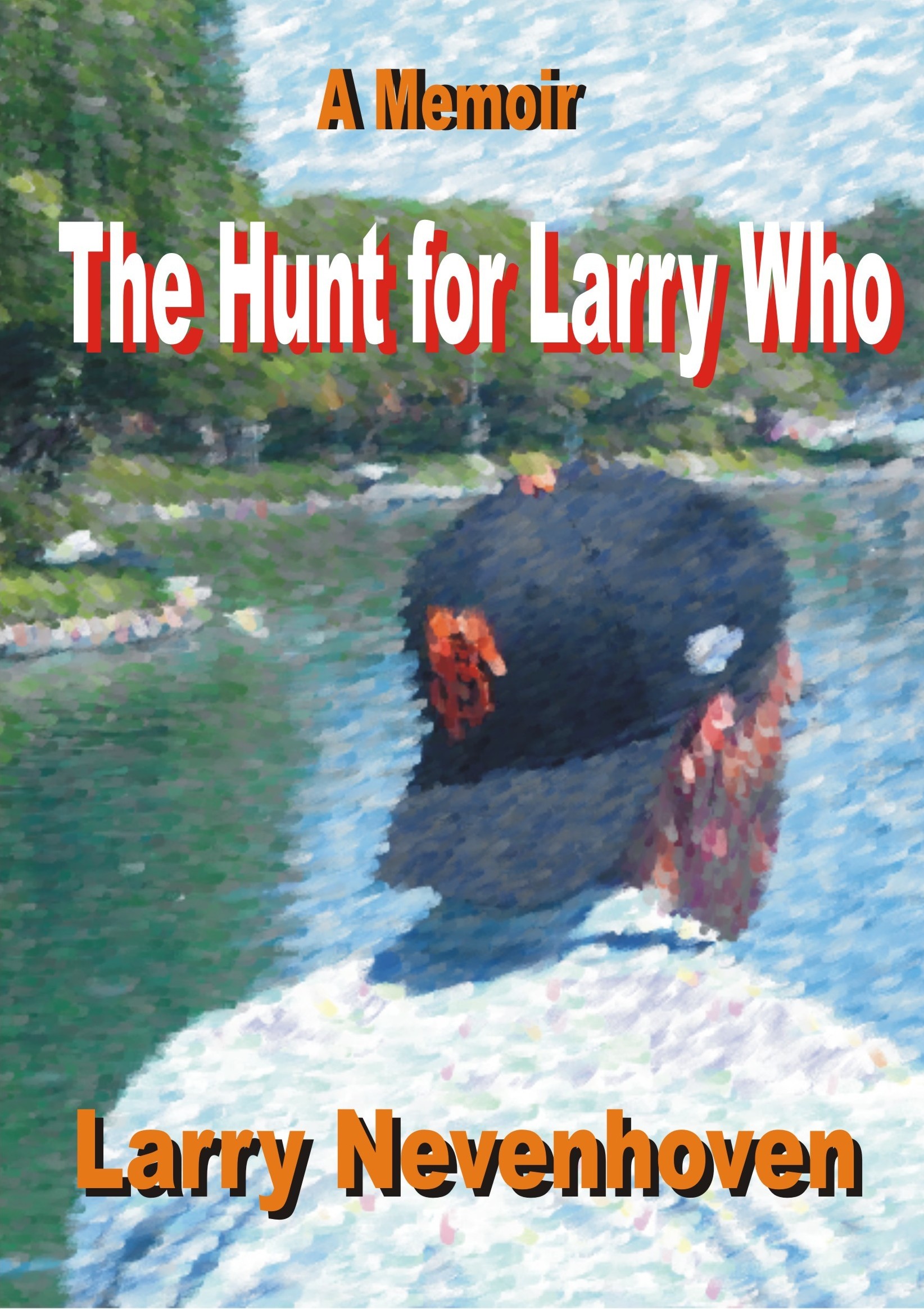 Although the author’s surname is Nevenhoven, few can pronounce it. So what do they do? They wrinkle their noses and say, “Larry who?”

The actual hunt for Larry Who began on a farm in the 1950’s surrounded by loving parents and country churches. It continued down a winding path through the 1960’s and the University of Illinois, ending up with Larry being an agnostic. Then, it was off to Detroit, Louisville, and Fort Dodge, Iowa, where Jesus blasted Larry’s agnosticism to pieces on the day of his planned suicide.

From his salvation day onward, life should have been one triumph after another, but that was not the case. He trudged through deep valleys of loneliness, poverty, rejection, firings from jobs, climbing into dumpsters, homelessness, divorce, and failures.

But it was during Larry’s worst disappointments and deepest valleys when the Lord revealed Himself as a loving Father with unlimited grace to soothe the pain of His child.

“The Hunt for Larry Who” is a series of snapshot experiences about a farm boy from small-town America who desired to be wealthy, as in stinking rich, but ended up falling in love with Jesus. Paul the Apostle described Larry to a tee:

“This is a trustworthy saying, and everyone should accept it: “Christ Jesus came into the world to save sinners”—and I am the worst of them all. But God had mercy on me so that Christ Jesus could use me as a prime example of his great patience with even the worst sinners. Then others will realize that they, too, can believe in him and receive eternal life (1 Timothy 1:15-16 New Living Translation).”

If you are looking to read another vanilla flavored story about a Christian that does everything right, “The Hunt for Larry Who” is not that book. It is a down in the trenches account of an ordinary man who struggles to serve an extraordinary God.

Why are we so clueless about spiritual warfare?

Ask most Christians about spiritual warfare and they will usually answer something like, “Well, you know, God is in control.”

If you then ask them to give examples of where God is in control, they will roll their eyes and say, “Everywhere. Don’t you know that?”

But is God really in control?

The truth is spiritual warfare began in the Garden of Eden and the battle rages on today between the Kingdom of God and kingdom of darkness. We are either willing participants or ignorant victims of this continuing war.

“There is no neutral ground in the universe. Every square inch, every split second is claimed by God, and counterclaimed by Satan.” (C. S. Lewis)

Storming the Kingdom is written in four parts, beginning with Part I : “The Kingdom of God.” This section explains the history of today’s spiritual warfare and our spiritual rights as sons and daughters of the King.

Parts II, III, and IV gives examples of spiritual warfare. Some are not very pretty, like the time a demon threw the author across the room and a devastating spiritual defeat in a city.

The book is written in an easy reading style with over one hundred and fifty footnotes to back up the author’s words.

Available on Amazon for Kindles and Kindle Apps. 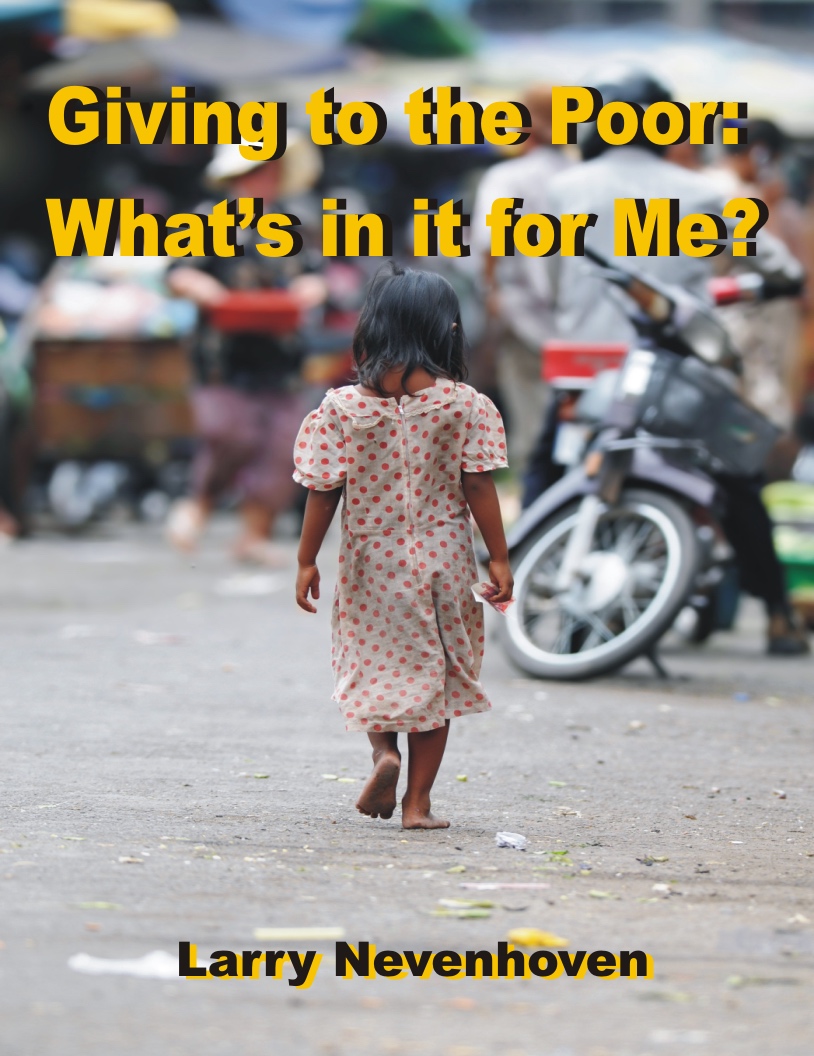 Why should we give to the poor? And if we do, what’s in it for us?

Our heavenly Father is not a big bully who tells us to give to the poor, “Just because I said so.” That’s not in line with His loving character. If He asks us to do something, we will be blessed for our obedience.

The book, “Giving to the Poor: What’s In It For Me,” lays out three scriptural reasons for giving to the poor: Judgment Seat of Christ, treasures, and present truth. All three are motives to change our life styles into being generous donors to the poor.

Who knows? Our living or dying could depend on whether or not we have given generously to the poor. And guess what? New Testament scripture backs this up.

This may be the most important small book of the year.

Available on Amazon for Kindle and Kindle Apps.

Over forty years of America treading down a path of superficial spirituality has brought us to this moment of time, with Joe Biden as the 46th President of the United States.

What did God really accomplish by allowing Joe Biden to win the 2020 Presidential election?

This book answers many questions about how white Evangelical Christianity, the Prophetic Movement and the Republican Party have ended up in the mess we are in right now. And what we can do to move forward.

One of the most important books of 2021.

Available on Amazon for Kindle and Kindle Apps

One response to “Books”