I Like My Packages Tightly Wrapped With Ribbons, But God Doesn’t! 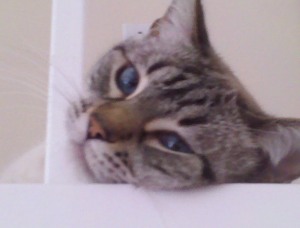 “Nor do I hear in my imagination the parts successively, but I hear them, as it were, all at once.  What a delight this is! All this inventing, this producing, takes place in a pleasing lively dream.” (Wolfgang Amadeus Mozart)

Wolfgang Mozart (1756-1791) composed over 600 classical works – symphonies, operas, choral and chamber music, piano etudes and so forth. Yet, unlike most creative geniuses, Mozart’s amazing abilities were recognized during his lifetime. A contemporary of Mozart, Joseph Haydn, who was called the “Father of the symphony,” wrote: “Posterity will not see such a talent again in 100 years.”

Haydn was wrong. So far, 220 years later, no one has stepped forward as an equal to Mozart.

Now, when we consider composers, we usually think of a person sitting at a piano. A pencil in one hand, his other hand playing a few notes, his hair all frazzled and his eyes glazed over from lack of sleep. After a while, the composer turns and quickly jots down notes in his notebook. He then returns to play a few more notes on the piano, shakes his head in disgust, turns to erase what he wrote earlier in his notebook and writes new notes on the paper. His notebook paper resembles a smudged and scribbled kindergarten fire-drill.

The composer continues this tedious process over and over until he has finished the musical work on the piano. If it’s a symphony or chamber music, he then has to arrange the music for other instruments.

Composing is a time consuming, laborious task. That is, unless you’re Wolfgang Amadeus Mozart.

Mozart would sit down, with an ink pen in hand, and write the whole musical piece as if he were copying it from a book. He could carry a conversation or get up and walk away and then return to finish it later. It mattered not if it were a piano solo, a complete symphony or an opera, he wrote it all without a struggle. His first copy was his last copy, no matter how many instruments or arias were involved.

Okay, when it comes to writing, I’d prefer to be a Mozart, but sadly, I’m not. I’m that bedraggled, frazzled composer with glazed over eyes who struggles through every sentence, dangling participle and verb tense.

And when I’m finally done writing my article or novel or whatever, I’d like to finish it off by writing: THE END.  And never, ever look at it again.

Yet, that’s not how God works with me.

After I’ve finished writing, and it’s been rewritten ad nauseum times, along comes a new revelation which forces me to rewrite the whole piece again. Does this happen often?

My novel, Jonah, has been rewritten almost 60 times. New Wind Blowing is nearing 40 times. Then, if you toss in the four other works I’ve been writing and rewriting for years,  you get a good glimpse of who I really am: God’s hack.

I have just received a new revelation which has to be dealt with in a few of my so-called finished works, the ones which I thought were ready to be published. So, it’s back to the keyboard.

I will continue on with Part 7 of You Can’t Go Home Again in late January. See you then, okay?

Just to Let You Know, Okay?

The door burst open. Lei stood in the doorway, his face red with rage. “Next time, you better have a baby boy or I’ll send you back to North Korea. They’ll put you back in prison and this time, you’ll die,” he screamed with his fists clenched, ready to strike.

Twenty year old Soo Jin lifted her arms up, protecting her face from the expected blows by her much older Chinese husband. She said nothing, knowing her excuses would only provoke him to greater wrath.

“How? Can I see her?” said Soo Jin, looking up at his pockmarked face, but not revealing any emotion in her dark eyes.

“I told you if you had a baby girl I’d throw her in the river and I did,” he said as he partially closed the door. Then he added, “Tomorrow, you’ll clean out the barn. You’re such a loser.”

This story in its entirety appears on my other blog here: Remember the Prisoners.

If you’re interested stop by, it will take about two minutes to read the whole article.