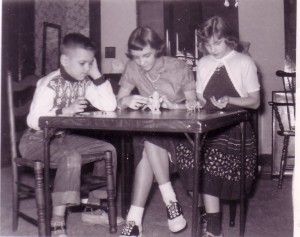 Before we continue onward, here’s something that needs to be examined: what roles should women play in modern churches?

Most of us believers can give some sort of knee jerk response; and our answers will probably mirror the teachings of the churches where we now attend.

Well, do they? And what are women really called to be in the church, according to scriptures?

Looking back through the Old Testament, we’ll soon discover that the role of women under the Law was almost nil. Yes, there were a few prophetesses, such as Miriam, Deborah, Huldah, Noadiah and Isaiah’s wife; and also Deborah was the leader of Israel as a judge.

But, by and large, women were considered second class believers under the Law.

In other words, the male believers were ahead of the women and above the women when the people worshipped God. Thus, you can easily understand how men were thought to be closer to God under the Law than women.

Can you name all of the women priests mentioned in the Old Testament? There were none, as in zero, nada,  zilch. Under the Law, only men from the Tribe of Levi were allowed to be priests and work in the Temple.

What was the sign given by the Lord for the Old covenant? Circumcision. And of course, women were forever excluded from this important covenant truth.

And at the time of Jesus, how many women were members of the Pharisees? Once again, none! The Pharisees were estimated at being 6,000 male members strong with no women in the movement. In fact, the Pharisees felt it was the women who caused many of the sin problems for men, such as lust, fornication and adultery.

So, when Jesus eventually went into full-time ministry and preached His gospel of the kingdom of God, what group was the happiest people in Israel to hear Him speak? WOMEN! They rushed to hear Him.