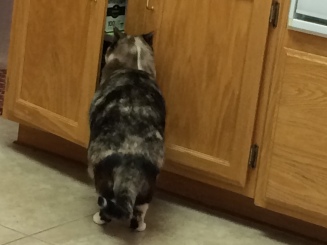 Charlie Peace was a criminal. Laws of God or man curbed him not. Finally the law caught up with him, and he was condemned to death. On the fatal morning in Armley Jail, Leeds, England, he was taken on the death-walk. Before him went the prison chaplain, routinely and sleepily reading some Bible verses.

The criminal touched the preacher and asked what he was reading. “The Consolations of Religion,” was the reply.

Charlie Peace was shocked at the way he professionally read about hell. Could a man be so unmoved under the very shadow of the scaffold as to lead a fellow-human there and yet, dry-eyed, read of a pit that has no bottom into which this fellow must fall? Could this preacher believe the words that there is an eternal fire that never consumes its victims, and yet slide over the phrase without a tremor? Is a man human at all who can say with no tears, “You will be eternally dying and yet never know the relief that death brings”? All this was too much for Charlie Peace. So he preached. Listen to his on-the-eve-of-hell sermon:

“Sir,” addressing the preacher, “if I believed what you and the church of God say that you believe, even if England were covered with broken glass from coast to coast, I would walk over it, if need be, on hands and knees and think it worthwhile living, just to save one soul from an eternal hell like that! (Why Revival Tarries, Leonard Ravenhill, p. 32)

Like the prison chaplain, we American believers are hindered by our own apathy. Oh yes! We may toss a few prayer darts toward heaven for our children and family, but that’s about it. Our neighbors, friends, fellow citizens, people in foreign nations− they’re on their own. God helps those who help themselves, right?

Even though we are under grace, there are spiritual laws. One of them is:

Do not be deceived: God is not mocked, for whatever one sows, that will he also reap. (Galatians 6:7)

In the years ahead, when tough times slam America, we will each reap what we sow. If we have sown prayerlessness and apathy, we will reap the same in our desperate hours of need. But if we have been zealous and prayed for others, we will reap the prayers of many when we need them the most.

Make up your mind what you want to reap in the future now.

What are other hindrances?