Each Friday I pray and fast for nations where Christians suffer the worst persecution around the world. This week I am praying and fasting for:

The situation for Christians deteriorated in 2013, making this the most difficult North African country in which to be a Christian. In an absence of the rule of law, violence against Christians has increased. Previously, the main source of persecution was the government and its secret services. Now it is Islamist extremist movements, such as the Salafists. Most Christians are afraid to meet with other believers, as any kind of non-Islamic religious gathering for Libyans is forbidden; ex-pats can have their own churches, but Libyans are not allowed to attend. (Open Doors, World Watch List)

Only about 124 churches (including house churches) exist in a country of more than 6 million people. There is a limit of one church per denomination per city. Meetings of more than six people are illegal, though this is not enforced. Evangelicals make up just 0.3 percent of the population. Foreigners are free to worship as they please, but the evangelization of Libyans is prohibited. The former Libyan government had an extensive secret police network that made sharing the gospel with Muslims difficult and dangerous. It is uncertain whether these difficulties will continue under the new regime. Libya’s justice system is nominally based on Shariah law. While most Libyans are Muslim, many are indifferent to matters of faith and hate the restrictions of Shariah law. Christian literature enters the country only through secretive means. (The Voice of the Martyrs)

Lord, nothing is impossible for You, so I pray for You to set ambushes for Satan and his horde of demons so that believers can use these ambushes as opportunities to preach the gospel of the Kingdom of God in Libya.

How to be a Radical Christian. (iv)

Would you have enjoyed traveling with the Apostle Paul on one of his journeys? Consider Silas’ experience in Acts 16: 11-40.

In the city of Philippi, Paul and Silas did some street ministry. Paul cast a spirit of divination out of a slave girl. Instead of being thankful for the girl’s deliverance, the owners became enraged and stirred up the crowd against the two men.

Next, the city magistrates stepped into the melee,  ripped the clothes off the two, beat them with cudgels, scourged them with a whip, tossed them into prison,  and fastened their feet into stocks so that they couldn’t move.

Then, somehow, at midnight, Paul and Silas began praying and singing hymns. The power of God hit the place. Cell doors opened. The jailer’s life was spared and his whole household was saved. Paul and Silas were washed and fed. And then, the two believers were returned to prison.

The next morning, the magistrates sent some go-fors to release Paul and Silas from their cells. But what does Paul do? He said, “No way, Jose! We ain’t leaving this dandy place until the men responsible for putting us here come and say, ‘Pretty please with chocolate syrup all over it.’ Don’t even try to make us go. We ain’t moving!”

What do you think was going through Silas’ mind at them time? He was bloody. He was bruised. He was sore. He was stiff. He was tired. And he might have been thinking something like this: “Paul is a radical nut! How can he possibly believe that those men will come here and beg us to leave?”

Paul had radical faith in God. And radical Christians need this same type of faith to oppose Islamic terrorists.

But without faith, it is impossible to please Him, for he who comes to God must believe that He is, and that He is a rewarder of those who diligently seek Him. (Hebrews 11:6) 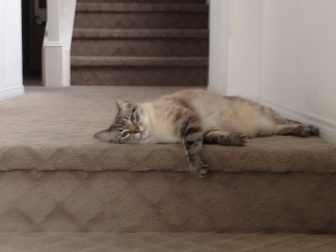 Faith is looking at a situation that does not exist and believing it does exist. You then must pray and walk out your faith until it happens, like Abraham did.

But sadly, we often try to reverse this process by looking at bad situations, which we can see with our eyes, and then trying to believe the bad situations do not exist. This works only on TV shows like Bewitched, when Samantha blinked her eyes and everything changed. It  will never work with faith.

Okay, are you with me?

This is very important for us to understand if we are going to make changes in America, especially in racial relations.

How can changes be made in America?

We must have prophecies and prophetic words, dreams, and visions from the Lord. Otherwise, how can we believe for things that do not exist unless the Lord speaks new things to our hearts?

Will this be an easy, quick work? Heavens no!

There will be naysayers and roadblocks all along the way because both sides are entrenched and taught in the old ways. You see, it’s hard to let go of what we know and have seen, which have somewhat worked until now, so that we can believe for what we cannot see and cannot prove will work until the Lord brings it about some day in the future.

But yet, it’s the only way to win spiritual wars.

Lord, I pray that You will open the eyes of us American believers so that we know there are more with us than against us as we wage warfare with Your prophecies. (Based on 2 Kings 6:16-17 and 1 Timothy 1:18.)

What do you think and did the Lord speak to you today?

Join with me on Tuesdays to fast and pray for America.