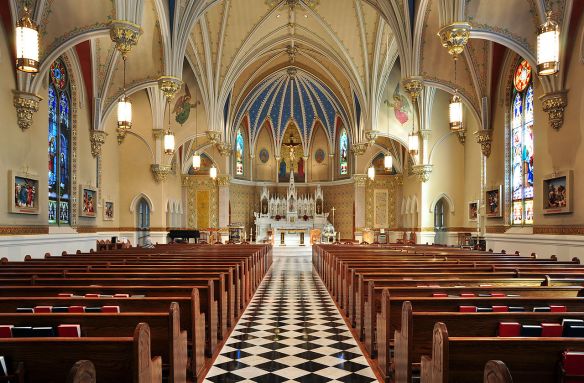 In his book, House Churches that Change the World, Wolfgang Simson stole a page from Martin Luther’s reformation playbook and wrote a 15 Theses for the house church movement:

1. Christianity is a way of life, not a series of religious meetings.

Before they were called Christians, followers of Christ were called ‘The Way.’ One of the reasons was that they had literally found the way to live. The nature of the church is not found in a constant series of religious meetings led by professional clergy in holy places specially reserved to experience Jesus. Rather, it is the prophetic way followers of Christ live their everyday life in spiritual extended families, as a vivid answer to the questions that society asks, and in the place where it counts most – in their homes.

2. Time to change the ‘cathegogue system’

The historic Orthodox and Catholic Church after Constantine in the fourth century developed and adopted a religious system based on two elements: a Christian version on the Old Testament temple – the cathedral – and a worship pattern styled after the Jewish synagogue. They thus adopted, as the foundational pattern for the times to follow, a blueprint for Christian meetings and worship which was neither expressly revealed nor ever endorsed by God in New Testament times: the ‘cathegogue,’ linking the house-of-God mentality and the synagogue.

Baptized with Greek pagan philosophy, separating the sacred from the secular, the cathegogue system developed into the Black Hole of Christianity, swallowing most of its society-transforming energies and inducing the church to become absorbed with itself for centuries to come. The Roman Catholic Church went on to canonize the system.

Luther reformed the content of the gospel but left the outer forms of ‘church’ remarkably untouched. The Free Churches freed the system from the State, the Baptists then baptized it, the Quakers dry-cleaned it, the Salvation Army put it in uniform, the Pentecostals anointed it and Charismatics renewed it, but until today nobody has really changed the system. The time to do that has now arrived.

In rediscovering the gospel of salvation by faith and grace alone, Luther started to reform the church through a reformation of theology. In the eighteenth century, through movements in the pietistic renewal, there was a recovery of a new intimacy with God, which led to a reformation of spirituality, the Second Reformation. Now, God is touching the wineskins themselves, initiating a Third Reformation, a reformation of structure.

4. From church houses to house churches

From the time of the New Testament there has been no such thing as a ‘house of God.’ At the cost of his life, Stephen reminded us: God does not live in temples made by human hands.

The church is the people of God. The church, therefore, was and is at home where people are at home: in ordinary houses. There the people of God share their lives in the power of the Holy Spirit, have ‘meatings’, i.e. they eat when they meet; they often do not even hesitate to sell private property and share material and spiritual blessings; they teach each other in real-life situations how to obey God’s Word – and not with professional lectures but dynamically, with dialogue and questions and answers. There they pray and prophesy with each other, and baptize one another. There they can let their masks drop and confess their sins, regaining a new corporate identity through love, acceptance and forgiveness.

(Continued in Part 5…but if you want to read all of the parts to date, you can go here.)