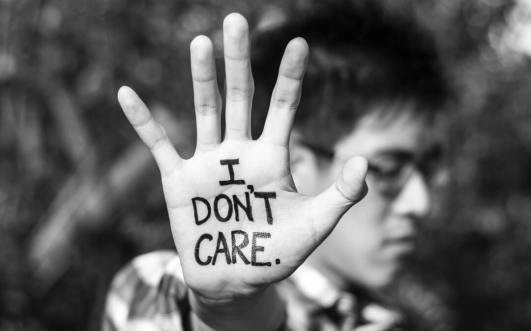 But let’s be honest, it’s easy to be discouraged about abortion, especially when we read about New York’s new up-to-the-time-of-birth abortion guidelines, the Virginia governor’s statement about babies surviving abortions and the media’s words.

Why even pray? Why even fast? It seems like such a waste of time. Might as well just not care at all anymore, right?

But what does discouragement really mean?

Being discouraged actually means we’re looking at our problems and seeing them as bigger and more powerful than our God and His leadership ways. But of course, none of us would ever admit this, right?

Then another angel, having a golden censer, came and stood at the altar. He was given much incense, that he should offer it with the prayers of all the saints upon the golden altar which was before the throne. And the smoke of the incense, with the prayers of the saints, ascended before God from the angel’s hand. Then the angel took the censer, filled it with fire from the altar, and threw it to the earth. And there were noises, thunderings, lightnings, and an earthquake. Revelation 8:3-5)

Maybe my individual prayers are not making a big difference at the local Planned Parenthood Clinic, but that’s not necessarily my intention. I’m praying to the Creator to let Him know I agree with Him and His leadership ways against abortion and that I know my prayers will soon cause noises, thunderings, lightnings and earthquakes on earth.

That’s enough to keep me in the battle against abortion and other major problems.

Lord, I pray that You would give each believer the spirit of wisdom and revelation in the knowledge of You, that the eyes of our understanding would be enlightened about prayer and that we would know the exceeding greatness of Your power backing our prayers. (Based on Ephesians 1:17-19)

Join with me on Tuesdays to fast and pray for our nation.