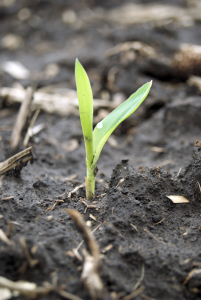 When I began helping Morris and Marion’s home ministry in 1992, I was divorced, lived alone, and sold cars at a small used auto dealership. An average day began with me praying from 3 a.m. until 6 a.m. I then showered, ate breakfast, and hustled off to a prayer meeting at a local church for an hour or so. I studied the Bible and read Christian books for a few hours before heading to bed in the evenings. No TV. No radio. No writing. Not much of a social life.

This was my routine for a seven-year stretch and varied little on weekends or holidays during the time period.

I occasionally did some teaching at a small home meeting, but not often. Most people thought of me as a prayer warrior and little else. I understood my calling and had messages stirring within me, but there were no open doors. Thus, I was forced to wait on the Lord to move in my life.

I assumed the Lord would eventually set me in a place where I would teach on spiritual warfare and prophecy, but silly me, huh? He put me in a home group where I prayed for boo-boo sores and dolls. Yes, dolls. One of the children, a seventeen-year old, carried her doll to the home meetings and asked me to pray for it.

And you know what? I fell in love with the children.

I remember several times when it would be just Morris, Marion, a few children, and me. We would end up praying and the Holy Spirit would show up.

The kids and I would end up lying on the floor. Morris and Marion would be sprawled out in their Lazyboy recliners. We’d be gone for thirty minutes or so. Where did we go? I haven’t a clue, but it was wonderful wherever it was. Some might say we were slain in the Spirit…and maybe we were. But who cares?  It was glorious.

When the Holy Spirit lifted off us, who do you think had the visions and dreams to talk about? Not Morris, Marion, or myself. It was the children who would have the awesome stories to tell us.

“I was running and playing with Jesus. He’s fun,” one might say.

Or another might add, “Do you know that Jesus loves my doll? He told me so.”

My rigid theology was pulverized week after week by experiences such as this. Morris and Marion kept referring to what happened in their home ministry as the grace of God.

But I just could not get a handle on grace.

I understood prayer. And faith. And discipline. And prophecy. And studying the word. And waiting on the Lord. But all of this was dependent on my efforts. Grace was unmerited favor and depended solely on God. How could He love people so much He just flooded us with something we did not deserve or earn?

So, I sought the Lord about grace and did it in a backward sort of way.