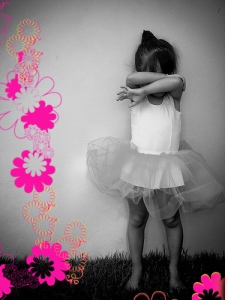 What can we learn about the use of prophetic gifts from Jim Jones’ life?

For clarification, I see Jim Jones as a deceived Christian believer, not as an atheist as many have portrayed him. This belief is supported by the small pentecostal church, the Methodist superintendent who supported his ordination, the woman who prophesied to him and William Branham. All saw him as a believer with strong prophetic gifts. (See Part 2.)

An elder must not be a new Christian, because he might be proud of being chosen so soon, and the Devil will use that pride to make him fall. (1 Timothy 3:6, NLT)

Sadly, what seems to have happened to Jones has occurred over and over again throughout church history, and furthermore, still continues today. A man was  elevated not because of his godly character, but rather for his spiritual gifts.

We can see it in Jones’ ministry as a young child-preacher, as a nineteen year-old student pastor and as a co-minister with William Branham, he was thought of as the man. A man who spoke for God. People were in awe of his prophetic gifts.

Now, this is not meant as a blanket excuse for Jones’ errors, but it should cause us to pause for a moment, and check ourselves. Do we admire spiritual gifts more than godly character?

If so, we need to repent.

Look at the qualifications for an overseer:

An overseer, then, must be above reproach…temperate, prudent, respectable, hospitable, able to teach, not addicted to wine or pugnacious, but gentle, peaceable, free from the love of money…manages his own household well, keeping his children under control with all dignity…not a new convert…a good reputation with those outside the church, so that he will not fall into reproach and the snare of the devil. (1 Timothy 3:1-7)

In other words, an overseer is required to have a godly character. Did you notice that there is no mention of spiritual gifts as a requirement for being an overseer?

And by the way, what are the qualifications for the spiritual gifts to flow in a believer’s life?

But one and the same Spirit works all these things, distributing to each one individually just as He wills. (1 Corinthians 12:11)

The spiritual gifts are given to us believers by grace (Romans 12:6). It is His decision, not ours.

Jim Jones’ life and ministry illustrates an extreme example of how not to walk in the prophetic gifts. What is the right way?

*I have used the word prophesy in a general sense to denote prophecy, words of knowledge and words of wisdom (1 Corinthians 12: 8-10).