Lord, Why Not Call Bill Instead of Me? (Part 2) 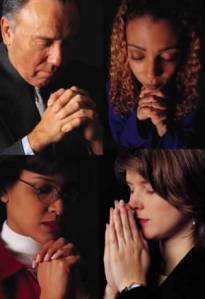 As Jesus went on from there, He saw a man named Matthew, sitting in the tax collector’s booth; and He said to him, “Follow Me!” And he got up and followed Him. (Matthew 9:9)

Matthew (also known as Levi) was a tax collector. Because of his profession, the Jews considered him a guttersnipe, an outcast, a reject and probably one of the last persons in the world God would ever choose to be a disciple.

None of this deterred Jesus. Why?

It states, Jesus saw a man named Matthew. By this, scripture indicates the Lord saw who Matthew was at that time and who He could become in the future. Thus, Matthew’s calling was based on his upside potential, not on his then present spiritual condition.

Bingo! This is the basis on how the Lord calls people to be His apostles, prophets, evangelists, pastors and teachers…on their upside potential.

As for me, my calling from the Lord came through a nighttime vision. In it, I was standing at the rear of a packed auditorium. I had trouble at first seeing why there was such a crowd because of the tall people standing in front of me. Finally the people sat down, and I was able to see the stage and the person standing upon it. It was me; I was ministering to the crowd.

Okay, I knew I was called to preach or teach or something. But how? I had no clue!

At the time, I was a two month old Christian, living in a small Iowa town and attending a Catholic Church. I listened to Kenneth Hagin, Kenneth Copeland, R. W. Schambach, Marilyn Hickey, Malcolm Smith and others on the radio and read piles of books as fast as I could.

But there were no strong prophetic voices nearby. No one who could understand and encourage me with the problems I was encountering on an almost daily basis. I felt like a sheet hanging on a clothes line, blowing whichever way the wind blew.

Thus, I made mistakes. Yikes! Lots of them!

One morning, I was jogging outside on the streets of the town where I lived. As I ran, I said, “Lord, why didn’t you call Bill instead of me? People like him and he doesn’t make the mistakes I do.”

Have you ever seen a New York Stock Exchange ticker tape, where a corporation’s symbol and number of shares move across a narrow screen? Usually, it’s in black letters on a white background. This is how the Lord spoke to me.

The message ran from right to left across my mind. It said: “I called you because you are enthusiastic, zealous, determined and have a big mouth.”

Now, if you think about it, the Lord’s four reasons for calling me would also be the same reasons He would call anyone. Right?