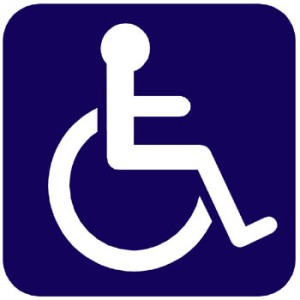 …But the people who know their God shall prove themselves strong and shall stand firm and do exploits [for God]. (Daniel 11:32 AMP Version)

Studying the word. Prayer. Fasting. These three exercises have to be a part of every believer’s life in order to build up his or her spiritual muscles, especially for a healing ministry.

But there is another characteristic which we must have to be spiritually strong:

And He has said to me, “My grace is sufficient for you, for power is perfected in weakness.” Most gladly, therefore, I will rather boast about my weaknesses, so that the power of Christ may dwell in me. Therefore I am well content with weaknesses, with insults, with distresses, with persecutions, with difficulties, for Christ’s sake; for when I am weak, then I am strong. ( 2 Corinthians 12: 9)

The weakness mentioned in the above verses comes only through humility. And whether we like it or not, humility is not a characteristic quickly learned from How To- books or teaching seminars.

Humility is a Christ-like characteristic forged into a person while he (or she) goes through trials filled with countless insults, distresses, persecutions, difficulties and mistakes. And from these trials, he learns that if the Lord doesn’t show up to help him in any given  circumstance, he will be an utter failure.

But also, humility allows a believer to be content and at peace with this truth. After all, he (or she) knows that he can do nothing without the Lord; and thus is weak.

Now, William Branham was a humble man at the beginning of the Healing Revival. He was a quiet man who never really cared about money and was quite satisfied with an old pickup truck, a cabin and a fishing pole.

But Branham was the man for nine years. His ministry was the biggest, most well-known and had the greatest successes. Thousands of people had been saved and healed through his ministry.

So, when the Healing Revival fires died down (as all revivals do) in 1955, Branham struggled with  the dwindling crowds and the smaller numbers of miracles. He resisted change and continued onward with his large ministry, the huge financial overhead and even added a teaching element to his ministry.

“Instead of seeking the Lord for his place of ministry in the next move of God, Branham turned to radical doctrine and sensationalism…Everything he had stood for in the former days of ministry seemed to have escaped him. (God’s Generals, Albury Publishing, pp. 335)

For whatever reasons, William Branham ignored the changes the Lord wanted in his ministry, and he walked away from his greatest asset: humility. He somehow forgot that his ministry served at the will and pleasure of the Lord. Jesus is Boss!

But if you have any doubts that Branham and his gifts were the real deal, his last miracle might help to convince you:

In 1965, Branham and his wife were driving through Texas when their car was struck by a drunk driver. Branham’s son, who was in another car, quickly arrived at the scene and checked out his parents. Branham’s wife had no pulse and was dead. Branham had a faint pulse, broken bones and was unconscious.

Branham stirred for a moment. “Is Mom okay?” he asked.

“Just lay my hand on her,” Branham said.

The son laid his bloody hand on the woman. She instantly revived and lived. Branham went into a coma and died six days later.

So, how else should we strengthen ourselves?