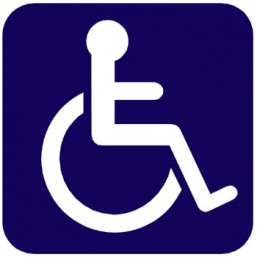 What happened when the twelve disciples returned from their preaching and healing journey?

The disciples gathered together with Jesus; and they reported to Him all they had done and taught. (Mark 6:30)

When the apostles returned, they gave an account to Him of all they had done. Taking them with Him, He withdrew by Himself to a city called Bethsaida. (Luke 9:10)

What do you think the disciples told Jesus? Maybe something like the following:

“Lord,” said Peter, “You should have seen the man. He was a raving lunatic, totally out of his mind. And to be honest, I didn’t really know what to do but I knew he had a demon. So I said to him, ‘In Jesus’ name, come out of him.’ And it did. He was set free and healed. And then there was a woman …”

John, in his excitement, interrupted Peter.

“Lord, Lord,” said John, “I healed a six-year old girl, lying on a stretcher. She was paralyzed and near death. I laid hands on her and she was instantly healed. She jumped up and ran around, doing somersaults and cartwheels. And then, there was the man…”

James could not contain himself any longer and interrupted John.

“Guess what, Lord?” said James. “I laid hands on a dead man while they were carrying him in a funeral procession to a tomb. Everyone praised God. And then…”

Matthew pushed James aside, interrupting him.

“You should have heard me, Lord!” exclaimed Matthew.  “I preached an awesome Kingdom of God message in front of some Pharisees and Sadducees. Their eyes almost bugged out of their heads. It was so anointed. And …”

Now, what do you think Jesus was doing when the disciples told Him about their adventures?

I don’t think He was critiquing them, nitpicking and telling them what they did wrong. Jesus is the perfect Teacher. He understands that first graders do not have the maturity level of high schoolers.

So, I believe Jesus was excited and acted like a cheerleader for them. Maybe He said things like, “Yea! Oh boy, that’s great! Way to go! Yes!”

Maybe, He stood up and danced and slapped his leg in joy and laughed aloud.

What about the disciples’ mistakes and mishaps? Did Jesus just overlook their errors?

Jesus is the great Teacher. He understood what level the disciples were at when this preaching and healing journey took place, then He promoted them to the next level. They then received more teaching and more was expected of them.

The soil produces crops by itself; first the blade, then the head, then the mature grain in the head. (Mark 4:28)

Just like a crop, there are learning stages we believers have to go through if we want to be used in healing ministries. We will make mistakes. But all we have to do is stay teachable.

(Conclusion for now. This series will be continued often in the future.)

A new series begins on Wednesday.