What if Obama Loses in 2012? What Will Conservative Christians Really Gain? 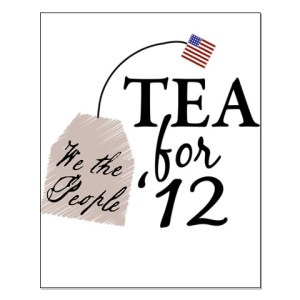 What if Obama Loses the 2012 election? What will conservative Christians really gain?

Actually, conservative Christians will gain very little and lose much.

“What?” you shout, “How can you make such a dumb statement? Don’t you realize Obama is the worse this and that in the history of America? And then, there are his views on healthcare, Israel, the economy, global warming, abortion, world government and energy; what about these issues? Don’t you care?”

Just for the record, you can check how I felt during the 2008 election cycle by looking back at my posts during that time period. For the most part, you will notice I opposed the Obama/Biden ticket because of their pro-abortion stances.  And if you have time, you can also check out my prophetic mistakes and what I learned from them by clicking here and reading all of  #1 and #3.

Okay, so much for full disclosure on my part. So why am I making such a bold statement that conservative Christians will gain very little and lose much if Obama is defeated?

First: To defeat President Obama in 2012 will take a concentrated effort by conservative Christians. This effort will take huge amounts of time; time we do not have. Plus, it will take millions of dollars of donations; money which could be used elsewhere with greater benefits for the Kingdom of God.

Second: To defeat President Obama in 2012 will mean a dirty-dog, down-in-the-trenches, in-your-face battle between the different factions of the Body of Christ which will only add more division to the Body. A division – we Christians can not afford at this time in America. (Here’s the demographics for 2008, which are basically the same as 2004 and probably won’t change much for 2012.)

What will we gain if Obama is defeated? A pat on the back from fellow conservative Christians who agree with us, but little else. You see, the damage to our economy and our nation will already have been done and will take years to reverse. Years – we will not have.

Our only hope is for a great number of American Christians to be able to live as mature citizens of the Kingdom of God when the heavy terrorists’ attacks strike us, especially here on the West Coast. These mature kingdom citizens will have to help their neighbors and others, during the dismal days awaiting our nation.

But sadly, the following scripture describes most of us American Christians:

We Americans are wealthy and do not know much about the kingdom of God or our citizen benefits. At best, we know how to sit in pews and get along with other Christians who think exactly like us.  So how can we possibly change ourselves?

I believe we still have time to change and prepare for the upcoming terrorist strikes, but it will take a total commitment on our parts to learn about the kingdom of God and unlearn most of our present teachings. This undertaking will not have the luxury of wasting time for two years, trying to defeat President Obama.

We need to make up our minds now.

Tagged as Christianity, Gifts of the Spirit, Kingdom of God, Prophecy

10 responses to “What if Obama Loses in 2012? What Will Conservative Christians Really Gain?”