Why California? Why San Francisco? Why Now? (Part 6) 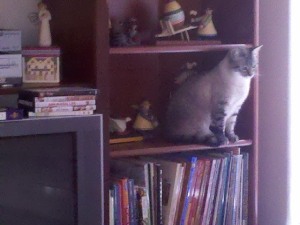 When God sealed His covenant with Abram, He also spoke prophetic words to the patriarch, part of which are included in the following:

And you shall go to your fathers in peace; you shall be buried at a good old age. And in the fourth generation they [your descendants] shall come back here [to Canaan] again, for the iniquity of the Amorites is not yet full and complete. (Genesis 15:15-16 AMP)

What did God mean by saying the Amorites’ iniquity was not yet full and complete?

If you can, picture God holding a cup in His hand for a nation or city in which all of the iniquities are being poured into. When the cup is full to the brim of iniquity, God is forced to act as a Judge against that nation or city.  In this case, God would act against the Amorites and give their lands to Israel.

But he did evil in the sight of the LORD, according to the abominations of the nations whom the LORD had cast out before the children of Israel. (2 Chronicles 33:2)

Eventually, Manasseh repented of all the Amorite-like iniquities he committed and he reversed many of them, but a few could not be atoned for. These iniquities were referred to as the sins of Manasseh.  These specific iniquities caused Judah to be defeated by King Nebuchadnezzar and then carried off into exile in Babylonia.

What were these iniquities? Witchcraft, sorcery, divination, and worst of all:

and also because of the innocent blood that he [Manasseh] had shed; for he had filled Jerusalem with innocent blood, which the LORD would not pardon. (2 Kings 24:4)

The innocent blood refers to King Manasseh’s introduction of an initiation rite into the Temple for newborn babies. The babies were passed between the molten red-hot hands of the idol Molech (an Amorite god). This became a widespread practice in Judah and caused many children to be burned to death. In the Law, God specifically forbid this iniquity, with the penalty being death by stoning.

Let’s look at the gay rights’ movement of today.

What are the real motives behind all of the gay rights’ battles over the last forty or so years?

To remove discrimination of gays in the workplace and wherever? Yes of course. There is no doubt Americans, especially us Christians, have discriminated against the gay community and caused them terrible suffering in times past. Yet, with the new laws and changing times, gay discrimination is mostly a thing of the past.

If discrimination is taken care of, what are the other motives?

Reversal of policies in the military? Also, by itself, not really a big deal.

Gay adoptions? Again, by itself, not really a big deal.

All of the other gay issues, except one, are by themselves no big deals to the gay rights’ movement.

Sheol [Grave] and Abaddon [Hell] are never satisfied, nor are the eyes of man ever satisfied. (Proverbs 27:20)

As I wrote in Part 1 of this series, our present world has been created to be in subjection to angels, or under an angelic form of government. Because of Adam’s fall, our world’s angelic government is headed by Satan and manned by his demon horde.

Demonic leaders over regions, cities, states, nations, and whatever are known as principalities. These demonic principalities strive to control events and the people on earth under their authorities.

For San Francisco, it is my belief the ruling principality over the city is the spirit of depravity.

So, when we look at the most important gay motive (after the removal of discrimination), we need to also keep in mind what the spirit of depravity has in mind.

9 responses to “Why California? Why San Francisco? Why Now? (Part 6)”