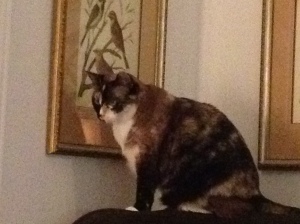 Once again, it’s time to hear from our sister in Jerusalem about what she is witnessing there as a believer in Yeshua.  Put your prayer shawls on and pray for Israel and Sister J. Now here she is …

I was witness to an interesting interchange at a ‘tachanat rekevet’ (train waiting stop) yesterday and thought to share it with you.

The train stop was jammed with assorted people, as always, among whom were the usual array of religious (dati) and secular (hiluni), young and old.  A young religious woman was sitting with a baby on her lap when I heard some unusually vicious yelling.  I looked over and a middle aged secular woman was literally in the face of this young mother and telling her what a ‘waste’ she and those like her were, a drain on the working people.  She called them dirty, leaches, a throw back to eastern Europe ghettos. On and on it went, getting nastier and nastier.

The young woman looked up at her with quiet composure and answered her gently.  There was another older religious woman standing by who moved closer and entered the conversation, also quietly trying to defuse the yelling woman.  Nothing was working.  She was getting angrier and angrier.  My heart was breaking as I watched this and felt agitated inside from all of the aggressive screaming.

Soon the train came and the group separated to push its way onto the already crowded train.  They blended into the crowd and that was that.  At the central bus station (tachanat merkezeet) much of the crowd emptied out and I was able to get a seat, along with the older religious lady.  We smiled at one another. I commented to her that I had appreciated her ‘ofi’ or character in the face of such nasty shouting, to be able to remain calm, quiet and gentle.  She was surprised and said compassionately, “Well, the woman was obviously mentally ill and must have stopped taking her medications.”

Oh my.  She had me now.  I was truly touched by this compassion and told her so and soon was able to bring it around to the scriptures.  We talked about how God commanded us to be kind to one another and how Jerusalem had been judged again and again for the unrighteous treatment of one another.  She sighed and said, “Jerusalem!  I fear that the nations are again battling to divide her.”

I agreed and told her that I had been reading the 3 Major Prophets over and over again in my mother tongue for the past 6 months and had been praying for our people to truly repent and turn to Him.

“Are you Jewish?” she asked.

I understood what she meant because most Jews do NOT read the scriptures without the commentaries or a rabbi, nor do women regularly read the Prophets or even the men.  I prayed quickly and asked Him for wisdom and direction.

“Yes, of course I am Jewish, but because I didn’t grow up here I read all of the scriptures in my own language.”

She wanted to know more about me and when she heard “Alaska,” she was fascinated. I was then able to add how the prophets foretold that we would be brought back from the ends of the earth and that is exactly where we were called from.  I was able to tell her that my husband had been a Christian and had been reading the prophets when he understood that, and simply had said, “My family is Jewish, so we have to go to Israel.” And that was that.

The door did not open for more conversation as it was time for me to get off the train, but I pray that I planted within her a curiosity to read The Word itself.  I am thankful that she placed in me a hunger to be more gentle, compassionate and at peace when confronted by harsh and cutting words.

I was deeply blessed this week to be able to be in the presence of sisters from many different countries, sisters who pray.  How humbling it is to be gathered with sisters who sacrificed to come to Jerusalem because of their love and hunger for Him, to know more about Him and His will.  I sat with sisters from Uganda and other African countries, from Hungry, Bulgaria, Czech Republic, Switzerland, Germany, many countries in South America and Europe, Scotland, Ireland, England, Canada, and so many others.  I was overwhelmed by the loving expression of His body gathered.  It is such a privilege and holy thing to be able to gather together in His Presence.  He is surely encouraged us.

Today my husband and I, along with our dog, went into the Judean hills for a peaceful hike. The same hills where David tended his sheep, where he hid from Saul, where he battled Goliath,  and where so much of our history took place.

There is a goat farm there (maybe I mentioned it in a recent letter) where we are able to buy homemade goat cheese and yogurt, fresh eggs and olives. We were also able to pick some wild almonds to bring home to roast.  I receive great joy when we go out there – relieved from the tension of the city.

As we rested on the edge of a cliff, I looked down into the valley below and across to the ancient caves, which are grand and mysterious. I felt again the impact of the ancient story that we are all a small part of.  Surely we stand at the gateway of a way that we have not passed before (Joshua 3:3-5). I looked down and behind me the dirt path wound peacefully.

I’m just finishing up yet another re-reading of Pilgrim’s Progress and before and behind me was such a perfect illustration of the way we all have: this gift of life.  The path, narrow, the way sometimes steep and rocky, even treacherous. The path ahead unknown.  It was good to sit there in the ‘largeness’ of it all and remember that The very same God Who led, defended, corrected and answered David was still in full charge of the entire way.  Our job is to follow, and having done all to stand.

That was good to remember as the news reports are again more intense.  With Syria and Egypt (two of our borders) literally on fire, the wars spill daily onto our soil.  None of the other countries around us are at all quiet either and daily reports roll in of 70 killed in a suicide blast in Iraq or Afghanistan, while Tunisia, Turkey and Lebanon continue to boil in their own forms of unrest.  And then there is Iran, bent on our destruction.  The European Union issued a declaration against any European interaction with Judea, Samaria, East Jerusalem and the Golan Heights (Biblical Israel!) and there is growing support in England to issue an “apology” for the Balfour Declaration of 1917 which supported the establishment of a Jewish State within the borders of ancient Israel.

It is against this backdrop that we are being propelled again to “peace peace where there is no peace” talks scheduled to begin in America this coming Tuesday.  Israelis woke to the horror of the reality that we were being told that “the price” that we were being forced to pay to be allowed to speak to the Palestinians was the release of 104 prisoners.  We have released prisoners before, but these prisoners are different:  They are ALL murderers.  They are ALL people who had their crime been committed in a country that had a death penalty, would have been executed.  They are demanding the release of murderers as a precondition for beginning to speak about peace.  This has deeply grieved the Israeli people and is currently the main news story as well as the main conversation on the buses. It is a re-opened wound, and once again I see people wearing the “government issued” gold heart with an engraving of the picture of a loved one killed in a terror attack.

Again, I SOOO thank you for your prayers for our family.  Our little Granddaughter should be getting on the plane in LA airport in about 5 hours and we are SO very excited.  She is scheduled to arrive here on Monday at 1:45 in the afternoon our time and is to stay with us until the 20 August.  I cannot tell you how happy we are.  Please pray that our times of morning devotions together are alive with His Presence and that her young heart will be open wide to Him.

I have not heard any more from our younger daughter, but I am trusting that she is coming along.  Our entire family is an ongoing prayer request and I am so thankful for those of you who pray, and those of you who simply love us too.  (NO CONDEMNATION!  I know that it is The Holy Spirit Who distributes His burden as He will, so if you forget about us, please don’t feel bad.  I KNOW He is reminding someone.)

God bless you and keep you and warm your hearts to seek His Face and to hunger for His Word and Spirit.

Lovingly, your sis J in Jerusalem

3 responses to “Inside Israel”