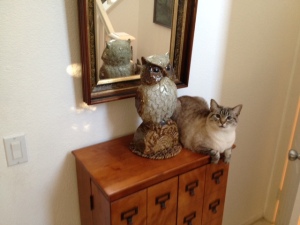 In the early 1990’s, I attended a three-day regional Full Gospel Businessmen’s meeting. One of the speakers was a well-known evangelist from the West Coast.

“Would you like to hear some good news?” asked the evangelist during his message.

The audience said a collective, “Yes.”

“I have recently met the tailor who designs most of Michael Jackson’s clothing. The tailor has just given his life to the Lord and is now hoping to witness to Michael about Jesus.”

The evangelist paused for a moment so we could grasp the depth of his words.

“Can you imagine the impact that Michael Jackson could have on the kids of America if he gave his life to Jesus?” asked the evangelist.

Everyone oohed and aahed at his words.

We American believers love stars. The bigger, the better.

Okay, how many big-name stars have given their lives to Jesus and then became Christian leaders that had a big impact on their generations?

There have been some, such as Billy Sunday, Dr. Albert Schweitzer, and a few others, but to be honest, not many have ever made the transition. Why?

Big-name movie, sports, and other stars have the same problems we all do with the stripping process the Lord puts us through. All of us want to hang onto the cares of the world, the deceitfulness of riches, and the desires for other things. This chokes His word and His anointing for our lives.

Lord, I pray that You raise up new Christian leaders in America, who like Moses choose to be mistreated with the least of Your believers rather than enjoy the fleeting pleasures of the world and who consider the reproach of Christ greater than the treasures of the world because these leaders are looking to Your rewards. (Based on Hebrews 11:24-26)

Join with me on Tuesdays to fast and pray for America.