How Do You Change a Nation in One Generation? 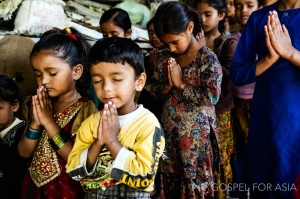 If everything would have gone well, Moses would have led Israel out of Egypt and into the Promised Land within thirty days. But the Israelites could not grasp God’s faithfulness after suffering such deep anguish from their cruel bondage in Egypt. So, many months were spent traveling between Mt. Sinai and the Jordan River.

When the nation finally arrived at Kadesh Barnea, they sent twelve men to spy out the Promised Land. The spies returned forty days later. Ten men gave a bad report and two a good one. Sadly, Israel believed the bad report.

But your little ones, whom you said would be victims, I will bring in, and they shall know the land which I swore I would make you dwell in. (Numbers 14:31)

God required Israel to spend one year in the wilderness for each day the spies spent searching out the Promised Land, or forty years. And except for Joshua and Caleb, God did not allow any person over the age of twenty to enter Canaan.

Thus, God trained and changed Israel in forty years or one generation.

How do you change a nation in one generation? You do it through the youth.

In No Longer A Slumdog, K. P. Yohannan wrote about his vision of vast wheat fields, ready for a harvest. He ran toward the fields, knowing they represented millions of souls for the kingdom of God. But Yohannan came to a raging river he could not cross. He stood there and wept.

All of a sudden there appeared before me a bridge reaching from one side of the vast river to the other. It was not a narrow bridge, but one that was very broad. It was completely filled with little children from all over Asia − poor, destitute children, like those I’d often seen on the streets of Calcutta, Kathmandu and other Asian Cities.

Then it was as though someone spoke to me and said, “If you want to have this harvest, it’s all yours. But this is the bridge you must cross to get it.” (No Longer A Slumdog by K. P. Yohannan, Copyright © 1982, page 90)

Yohannan’s vision is now coming to pass through Gospel For Asia’s Bridge of Hope ministry. 70,000 children are now being educated and trained to reach their families, communities, and India with the love of Jesus. And it is working because lives are being changed.

But remember this: there are 1.2 billion people in India.

So, Gospel For Asia is praying for their Bridge of Hope ministry to grow to 500,000 children.

Like Israel, we can either believe the bad report that India is too big to ever change or we can join in with Gospel For Asia and help change the nation in one generation.

If you are interested in sponsoring a Bridge of Hope child, go here, but if you just want to make a one time gift, click on the MyGFA photo below.

2 responses to “How Do You Change a Nation in One Generation?”