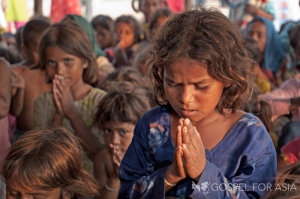 Each Tuesday I pray and fast for nations where Christians suffer the worst persecution around the world. This week I am praying and fasting for:

Homegrown radical Muslims and militants crossing the border from Somalia are severely persecuting Christians. The government’s approach to pushing for an unbalanced secularist agenda also has an impact on the Kenyan church, as some of the agenda being pushed by the government contradicts with the values and principles of Christianity. Violence has increased in different parts of the country particularly where Islamic radicalism is high. The future of Kenyan Christians will continue deteriorating as long as the underlying issues are not properly and adequately tackled. The future of the Kenyan church appears precarious. The government’s stance towards religious institutions is becoming less and less positive and the church faces intensifying levels of persecution, especially from the militant group al-Shabaab. (World Watch List)

Pressing challenges for Kenya include high unemployment and poverty. Most Kenyans live below the poverty level of $1 a day. The country is also experiencing increased drug trafficking, expanding urban slums and growing populations of street children and AIDS orphans. Despite a declining infection rate, 500 people still die of AIDS every day in the country. Kenyans, by law, have freedom of religion. Nearly 50 percent identify themselves as evangelical Christians, up from 17 percent in 1960. The coast and northwest areas of the country have traditionally been Muslim, and Muslims are attempting to Islamize those regions and establish Shariah law. Muslims try to convert non-Muslims through financial inducements and violence. Converts from Islam to Christianity are subject to harassment, persecution and violence. Somali Islamic militants have committed acts of violence within Kenya’s borders at an increasing rate. Terrorists have attacked several churches in Kenya and have killed pastors and other Christians, including children. (Voice of Martyrs)

Lord, I pray for Kenyan Christians to not be slothful in zeal, fervent in spirit, serving You, and that they rejoice in hope, are patient in tribulation, and constant in prayer. I also pray that they bless those who persecute them and are not overcome by evil, but overcome evil with good. (Based on Romans 12: 11, 12, 14, and 21.)