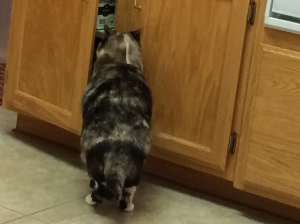 Greetings dear sisters and brothers in Yeshua.  May He be glorified and blessed and may you be blessed and encouraged.  May we all let the peace of God RULE in our hearts.

This is perhaps the most emotional roller coaster time of the year here in Israel.  It is a good example of what life here is like, and also this season acts as a training ground to those of us here, training to remain steady and keep walking through great upheavals.

We have walked a bit through the preparations for Passover and the Passover season itself.  The week of celebrations are tempered by the siren that covered us with the memory of the Holocaust.  Now we are running toward Memorial Day for Israel’s fallen, which begins on Tuesday night until Wednesday night.  THEN comes the dramatic (sometimes controversial but ALWAYS dramatic) change-over from grief to joy, like the sudden dawn after a grievously dark night. Our Independence Day begins at the closing ceremony for Memorial Day, as the lowered flag is raised.

And just as the modern state was raised from the ashes of the war of Independence in 1948, when the grief turned to sudden wonder and joy. Then again the dancing and singing begins. Jerusalem Day follows close behind on the 17th of May. AND THEN as if that were not enough, we celebrate SHAVUOT (celebrated as Pentecost in the Church, and that wonderful day in Acts when The Holy Spirit fell in Jerusalem) is on the 24th. Phew!

Shavuot (49-50 days after Passover) is the second of the three high holidays commanded in scripture, when all men were told to “come up to Jerusalem and present themselves before The Lord.  The first of the cycle is Passover and the third is Sukkot (Feast of Tabernacles) which comes in the fall of the year.  I hope to explain that fascinating holiday as it approaches more closely.

BUT right now, as the new flags multiply themselves along the streets, on homes and on cars, and as they are solemnly set on each grave, it is that mysterious time ALSO of “the counting of the omer.” You can find it by reading all of Leviticus chapter 23, (it is mentioned in several other places as well but this is the most specific one).

FIRST OF ALL:  WHAT IS AN OMER?

an ancient Hebrew dry measure, the tenth part of an ephah.

Judaism: a sheaf of corn or omer of grain presented as an offering on the second day of Passover.

Leviticus 23:15-   “And you shall count for yourselves from the day after the Sabbath, (*THAT IS THE SABBATH OF PASSOVER) from the day that you brought the sheaf of the wave offering: seven Sabbaths shall be completed.  Count fifty days to the day after the seventh Sabbath; then you shall offer a new grain offering to the Lord. (*THAT WOULD MEAN ON SHAVOUT) You shall bring from your dwellings two wave loaves of two-tenths of an ephah. They shall be of fine flour; they shall be baked with leaven. They are the firstfruits to the Lord.  And you shall offer with the bread seven lambs of the first year, without blemish, one young bull, and two rams. They shall be as a burnt offering to the Lord, with their grain offering and their drink offerings, an offering made by fire for a sweet aroma to the Lord. 19 Then you shall sacrifice one kid of the goats as a sin offering, and two male lambs of the first year as a sacrifice of a peace offering. 20 The priest shall wave them with the bread of the firstfruits as a wave offering before the Lord, with the two lambs. They shall be holy to the Lord for the priest. 21 And you shall proclaim on the same day that it is a holy convocation to you. You shall do no customary work on it. It shall be a statute forever in all your dwellings throughout your generations.

Confusing?  You are in good company because it is confusing to many Jews as well.  The counting was kept mostly by religious Jews it seemed, when we arrived more then 20 years ago, but with the internet and nifty little “counting the omer calendars” and special meditations on thankfulness for each day of the counting of the omer, it seems to be observed more widely now among younger people.  On our calendars there is a small mark which shows which day we are in, and the idea of taking 50 days to be thankful for something from God is never to be smirked at. We should all do that.

I will close now but there is just so much happening before my eyes that it seemed good to share this with you.  God bless and encourage you as you press into Him.

your sis J in Jerusalem