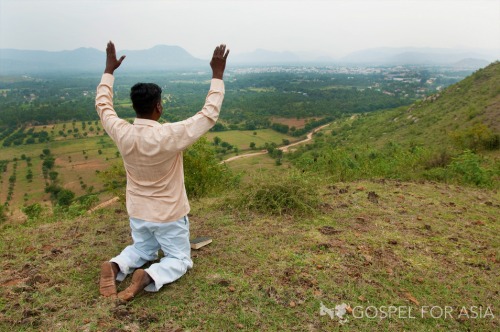 Each Tuesday, I pray and fast for the nations of Asia, where 4.4 billion people live.

1. 85.4% of world’s unevangelized people live in Asia. (Unevangelized means they may have heard the gospel but have no understanding on how to respond.)

2. The world’s three largest non-Christian religions – Muslim, Hindu, and Buddhists – are based in Asia.

4. 85-90% of unreached people live in Asia. (Unreached means that they have never heard the name of Jesus.) (Operation World: The Definitive Prayer Guide to Every Nation)

Leonard Ravenhill once stated: “The biggest sins we Christians will face at the Judgment Seat of Christ are not the sins we committed, but our sins of omission (or not doing the things we should have done while we lived on earth).”

Can we ignore 4.1 billion people who do not know Jesus and expect to be rewarded at the Judgment Seat of Christ? I know I can’t.

Lord, give me Your love for the people of Asia, for the least to the greatest, for Hindus, Buddhists, Muslims, and whatever, and give me no rest until You have worked Your plans through me for Asia.

Join with me on Tuesdays to fast and pray for prisoners, according to Hebrews 13:3.