Was That The Voice of God or Daffy Duck? (Part 3) 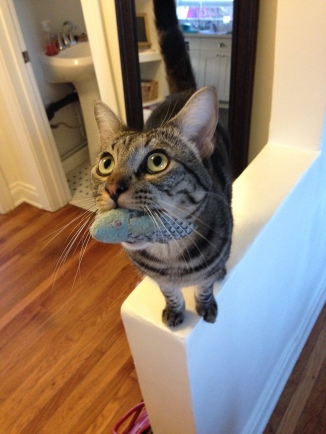 Pastor Jim asked me to meet him for lunch at a Des Moines Burger King in hopes we could work out our disagreements about prophesying. I looked forward to working out our issues.

We both ordered burgers and sat outside at a metal table. Jim explained his feelings in between bites.

“If you attend the school of prophecy and submit yourself under my pastoral authority, I will release you into fulltime ministry when the Lord tells me you’re ready,” he said.

“So, you want me to submit myself under your authority until the Lord speaks to you, right?”

“What if you don’t hear the Lord’s voice for my life and calling?”

“I hadn’t thought of that.”

“That’s a big deal to me, because my calling stands before Jesus, not you. It’s my responsibility to hear His voice, not yours,” I said.

I ended up doing what was best for both of us by leaving the Des Moines Vineyard Church. We blessed each other and hugged before parting.

(An excerpt from my memoir, The Hunt for Larry Who, an Amazon eBook.)

One of the biggest hindrances to hearing the voice of God is that we allow someone else to do it for us. You see, it doesn’t matter if an apostle, prophet, evangelist, pastor, teacher, elder, deacon, or Grand Poobah thinks that he has heard the voice of God for us, we must still hear His voice for ourselves. It’s part of our new birthright in Christ to do so.

An infamous example of allowing a leader to usurp believers’ positions of hearing the voice of God for themselves was Jim Jones and the Peoples Temple. Over 900 members committed suicide on November 18, 1978, because of Jones’ belief that he heard God’s voice for everyone.

Yes, Jim Jones is a very extreme example, but according to scripture, there is only One who is allowed between us and God:

What are other problems for hearing God’s voice for ourselves?