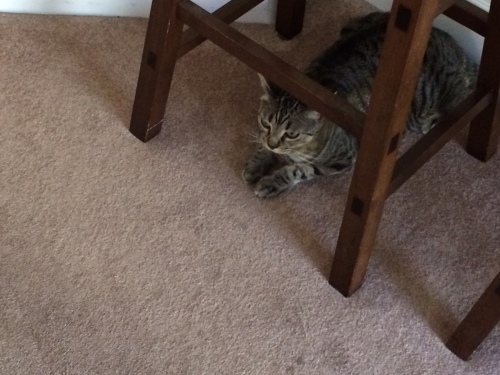 The Bible – from Genesis to Revelation – is a heterosexual book. Period.  And where homosexuality is mentioned in God’s Word, it’s referred to as being immoral and sinful. God’s revealed plans for a married couple – a man and a woman – is that they will “be fruitful and multiply…and have dominion over the whole earth.”

So, what is God’s revealed plans for same-sex couples or gays or lesbians?

Now the works of the flesh are evident: sexual immorality, impurity, sensuality…I warn you, as I warned you before, that those who do such things will not inherit the kingdom of God. (Galatians 5:19, 21)

For a person to “not inherit the kingdom of God” or to be known as the “least in the kingdom of heaven” for all of Eternity are horrendous endings for humans, especially believers. I don’t claim to know how this will affect salvations, but what if gay believers end up in the outer reaches of heaven? So that the little bit of light they have may seem like darkness and they end up weeping and gnashing their teeth?

Not a happy thought, right?

Sadly, the same Satan who deceived Eve and caused Adam to rebel in the Garden of Eden is the one who speaks to the minds of gays, saying, “God is a God of love and as long as you’re in love with your partner, there’s no problem. After all, didn’t He create you this way?”

And as soon as a gay sins, Satan stands before God, accusing the gay, saying, “He has broken Your word, according to Leviticus 20:13, and deserves to die.”

How long can we believers ignore how the kingdom of darkness has imprisoned gays in their sins? Some of whom are believers who have been bought with the blood of the Lamb?

What can we do?

(Continued in Part 10…if you’re interested, the full series to date can be seen here.)