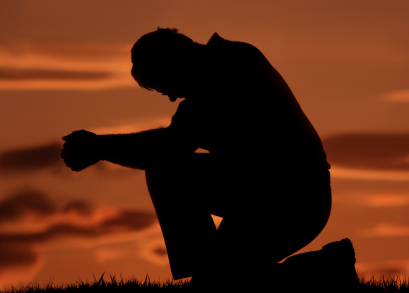 “He’s dead! He’s dead!” exclaimed the courier from Rome as he walked toward us.

I stopped working and stood up. The other tent makers did the same. “Who’s dead?” I asked.

“Paul’s dead,” said the courier, wiping the sweat from his forehead. “He was beheaded in Rome about a month ago.”

Even though I knew the Apostle Paul’s ministry would eventually have a sad ending, the news stunned me. O Lord, why? I thought.

I turned away from the group, not wanting to talk about the apostle at that moment. It was just too painful. I walked down to the Aegean Sea and sat on a rock, hoping to sort out my emotions and thoughts. There, I looked back over my years with Paul.

The first time that I met Paul, I was not impressed. His stature was puny, only 4 feet 6 inches tall and 120 pounds in weight, and his public speaking skills were  limited when compared to Apollos and the other orators. Yes, he was brilliant and could write, but these were facts that I learned later and did not figure into my first impressions of him.

Yet, there was something about Paul which drew me to him. Maybe, it was his fiery passion for the gospel or his fierce boldness or his love for the church. I can’t put my finger on it, but anyway, I joined up with Paul and traveled along with him as his aide.

On our first journey to Rome, we ended up swimming in the Mediterranean Sea. Somehow, the Roman soldiers did not execute us and we were able to swim ashore to Malta. We eventually arrived in Rome.

Next, I spent two years, waiting for Paul while he was under arrest. When we finally resumed traveling again, everything became a blur of afflictions, hardships, distresses, beatings, imprisonments, tumults, labors, sleeplessness, and hunger.

Then, the fire in Rome changed everything for us Christians, from bad to worse. Believers were blamed for the fire and Paul became a marked man. Nero sent soldiers to hunt him down in Asia.

The stress wore me down. I couldn’t take it any longer.

“Paul, I didn’t join your ministry to be killed by Roman soldiers,” I said on the day of my departure. “I’m going to Thessalonica, start a business, maybe marry a young woman, and start a family. I haven’t really enjoyed life yet.”

Paul was disappointed, but what could he do? I fled on a boat.

It had been almost two years since I last saw Paul and now he was dead. My mind wandered here and there as the blue waves splashed against the rock I sat on.

Did I make the right decision when I left the Apostle Paul? I wondered.  And how will I be remembered by future Christians?

For Demas, having loved this present world, has deserted me and gone to Thessalonica…(2 Timothy 4: 9)

Demas’ decision has earned him a shameful legacy in the Bible for all to read. But still, before we are too hard on Demas, we should consider how we might have dealt with an apostle like Paul.

4 responses to “The Apostles: Men Condemned to Death (Part 1)”