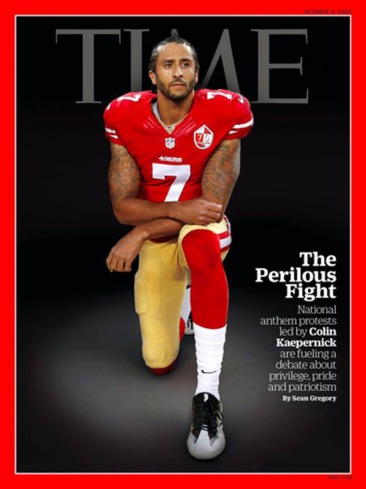 What would Jesus do with Colin Kaepernick?

You see, Jesus depends on His church to be His working partner on earth. And guess what? We are not called to bash Colin Kaepernick, but instead, we are called to pray for him.

Will praying for Kaepernick work?

It changed me from an agnostic into a believer. It changed you. It changed a man named Saul, who murdered and imprisoned believers, into the Apostle Paul. Who knows what God will do if we pray for Kaepernick?

My prayer for Colin Kaepernick:

Lord, I pray for the God of our Lord Jesus Christ, the Father of glory, to give Colin Kaepernick the spirit of wisdom and revelation in the knowledge of Him, having the eyes of his understanding enlightened; that Colin may know what is the hope of His calling, what are the riches of His glory of His inheritance in the saints, and what is the exceeding greatness of His power toward us who believe. (Based on Ephesians 1:17-19)

As for Nike, I won’t be wearing their stuff anymore because it brings division, which is what we don’t need in American right now.

2 responses to “WWJD With Colin Kaepernick?”