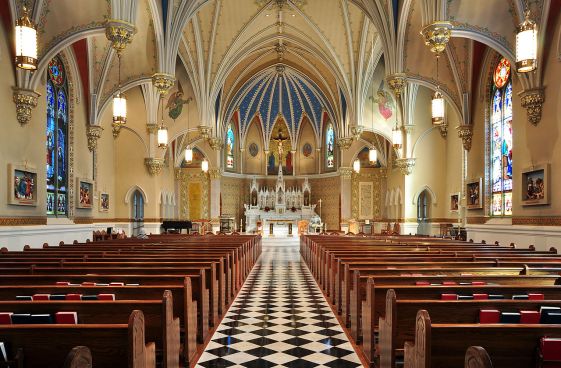 Using Chapter 24 of the Book of Matthew as our End-Times timeline, we read that the Anti-Christ will commit the abomination of desolation in verse 15.  This was prophesied by Daniel and Jesus tells us to understand his prophecy about this event.

Will believers and the Church still be on the earth at that time? Yes, because Jesus will not return for the Church and believers until verses 30 and 31.

Now, there are timelines in the Book of Revelation, but they’re not always chronological, according to chapters and verses. Some of the text is out of order and must be lined up with other books in the Bible.

Okay, with the above words as guidelines, what will be one of the church’s biggest problems in the End-times?

He [the Antichrist] causes all, both small and great, rich and poor, free and slave, to receive a mark on their right hand or on their foreheads, 17 and that no one may buy or sell except one who has the mark or the name of the beast, or the number of his name. 18 Here is wisdom. Let him who has understanding calculate the number of the beast, for it is the number of a man: His number is 666. (Revelation 13: 16-18)

After the “abomination of desolation” takes place, the Antichrist will persecute and kill Christians and Jews. His biggest weapon to bludgeon people into obeying him and his government will be the “mark of the beast.” No one will be able to buy food or medicine or gasoline or whatever without the mark.

Can Christians just rely on His grace and take the mark of the beast, while tossing a wink toward God? You know, Daddy loves me anyway, right?

Then a third angel followed them, saying with a loud voice, “If anyone worships the beast and his image, and receives his mark on his forehead or on his hand, 10 he himself shall also drink of the wine of the wrath of God, which is poured out full strength into the cup of His indignation. He shall be tormented with fire and brimstone in the presence of the holy angels and in the presence of the Lamb. (Revelation 14:9-10)

I am an eternal security believing Christian, but because of my fear of the Lord, I would never want to cross the line against these verses nor would I suggest others to do it. What might eventually happen to believers? I don’t really know nor am I interested in finding out. Just obey His words!

So, what can believers do to protect themselves?

(Continued in Part 10…but if you want to read all of the parts to date, you can go here.)