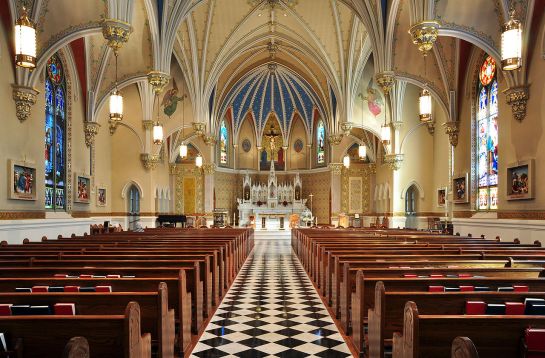 “Indeed the safest road to Hell is the gradual one – the gentle slope, soft underfoot, without sudden turnings, without milestones, without signposts…Your affectionate uncle, Screwtape.” (C. S. Lewis, The Screwtape Letters)

We have to keep in mind that the Great Tribulation will be a seven-year time period, which begins in peace. A man of peace – the Antichrist – will forge a peace treaty that will be accepted by most Christians, Jews, Muslims, and nations. This will stop the wars – nations fighting against nations and kingdoms against kingdoms.

The peace treaty will be so strong that the Jews will be allowed to build a temple on the Temple Mount in Jerusalem and carry out daily sacrifices. I know – it’s hard to imagine this ever happening again, but it will!

This peace treaty will be in effect for three and half years until the Antichrist sets up the image of the beast in the Temple and stops the daily sacrifices.

Now, don’t go thinking the three and half years during the peace treaty will be a time for Christians to sit around a campfire, strumming a guitar and singing, “Kumbaya My Lord.” No! I believe it will be a time when churches will be pressured to accept compromises – small at first, but increasing in severity as time passes – in order for them to survive.

How do I know this?

This is what the Communists did in China with their Three Self Patriotic Movement. The same Satan who authored the suffocating rules on the Three Self Churches will attempt to do the same on our traditional churches. All of it will be done under the guise of tolerance and keeping the peace.

Many traditional churches and believers will be preconditioned through the gradual slope of compromises into accepting the mark of the beast.

“Home fellowships are persecution proof and are the only viable form for underground churches. We believe in the years to come, we will see increasing restrictions on our ability to meet together, to worship together and to pray with each other.” (Chuck Missler)

(Continued in Part 11…but if you want to read all of the parts to date, you can go here.)