Is the Upcoming Civil War our Prep for the End-times? (Part 9) 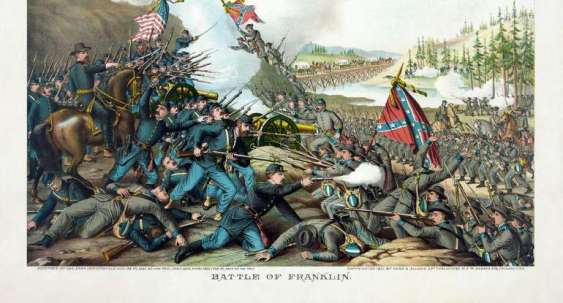 During the American Civil War, there were denominational church splits for Methodists, Presbyterians, Anglicans, Lutherans, Baptists and others. Today’s Southern Baptists are carryovers from the Baptist church splits of that era.

These denominational splits were the results of slavery. The northern parts of the denominations were against slavery while the southern ones were deeply embedded in the slave-owning society.

The main holdouts were the Quakers.

Although many American Quakers once owned slaves, they realized that slavery was a sin by the early 1800s and refused to have anything to do with it again. Not only were the Quakers anti-slavery, but they were also pacifists. These attitudes caused the Southern Quakers heavy persecution during the Civil War. Their land was stolen, their livestock taken, many were thrown in jail, and on and on, their troubles continued.

In the midst of the Quakers’ darkest days of persecution, Southerners joined the denomination and became known as War Quakers. Think about this for a moment: people joined the Quakers so they could share in the persecution. Only God could make something like that happen!

It’s my belief that the Lord used the Quakers as lights to the Southerners during the Civil War. Like the church of Smyrna in the Book of Revelation, the Quakers were tested for their beliefs, but they had spiritual ears to hear what the Spirit was saying to their churches at that time in American history.

Could this happen in today’s upcoming American civil war? Could God raise up groups that would go against the grain on one side or the other?

Depending on how the civil war might break out, we could easily end up having Christians fighting Christians, with each feeling they are obeying God at the same time.

It’s my belief the Lord is raising up believers right now who are waiting for the Lord to send them to LA, San Francisco, Portland, Chicago, Philadelphia, New York and other cities to raise up a standard for God in these places. Their loyalties will not be to political parties, denominations or sides in the civil war, but to the King of kings.

These groups of believers will suffer extreme persecution, but they will stand firm and force many to make a choice between God’s ways and man’s ways. But even so, this is according to scripture.

All these are the beginning of sorrows. (Matthew 24:8

(Conclusion…but if you want to read all of the parts to date, you can go here.)

2 responses to “Is the Upcoming Civil War our Prep for the End-times? (Part 9)”