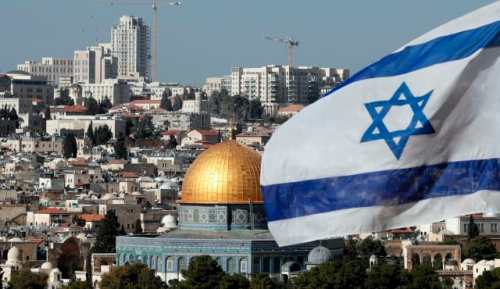 “The Deliverer will come out of Zion, And He will turn away ungodliness from Jacob; For this is My covenant with them, When I take away their sins.” (ROMANS 11:26, 27)

Greetings with grace and mercy in The Blessed Name of our Lord, Yeshua h’meshiach, Jesus Christ, Messiah, The Deliverer …The Just Judge Who is The Author of mercy, Truth and grace.  May HE alone be glorified and blessed, and may you be blessed and encouraged.

It is the first day of the new year 2019 and I pray for your BLESSING as I write. It is the new year on what we refer to here as the ‘civil calendar’.

When we first arrived in ’94 we were taught that ‘we Israelis’ go by the Hebrew calendar here (this year according to the Hebrew calendar is 5,779).  The Gregorian New Year is NOT a ‘holiday for us’ and in those early years of our aliyah, it seemed as if it was sacrilege to even think about wishing anyone a good New Year. Our New Year was at Rosh h’Shana (ACTUALLY at Passover…but we will not get -back- into that again now).

Slowly over the years however, as aliyah has increased from Western nations, the western celebrations of New Year was less and less hidden.  The Russians, who, from Soviet tradition, celebrate the new year big time with trees and a sort of Santa Claus, were easier to shame than these haughty westerners. This year celebrating the western New Year seems to have burst forth in full bloom with even FIREWORKS in Tel Aviv. Although still not a holiday, about 20% of the country is said to take note.

As I listened to a discussion about this on the news, the commentator brought up an interesting point: “It personifies the tension that we live in here between being called (by God)  to be a nation and a people “set apart” (God’s calling) and wanting to have a place among the nations (the secular longing).

Numbers 23:9 Balaam spoke the words that Balak did not want to hear either:

“For from the top of the rocks I see him, And from the hills I behold him; There! A people dwelling alone, Not reckoning itself among the nations.”

Nor do many Israelis wish to hear this, but God WILL have His way.

Every year since 1993, the Lord has given’ me a Word for the year. One that He will teach me from and bring to my attention as I read. I never know what it will be until He nudges my heart suddenly. This year’s word is DELIVER/DELIVERER.  I am excited to learn what He has for me with this.

I know from so many of you about the different narrow, trying places that your nations have found themselves in this past year.  I heard from a dear Alaskan friend this morning that another 5 or 6 earthquake shook them into the new year,bringing the number of aftershocks and other earthquakes to above 6,100 (!) since 30th of November when the 7.3 hit.  Now that is some pretty tangible reminder of SHAKING!

I know from dear friends in Great Britain how the tensions surrounding the Brexit battle have shaken and continues to shake their nation and leadership.  Those of you in South America, and actually, so many countries, have also shared struggles.

But between personal tragedies and nationwide disasters the testimonies of His Peace, His Deliverance and His Joy have rung clearly. “Founded upon The Rock!’  It is particularly poignant – real – when talking with some of you as loved ones pass through the eternal gates…and some of us draw near ourselves.  ‘We are founded UPON THE ROCK THAT CAN NOT BE SHAKEN!’

Even in the most uncertain, unstable Middle East.

And yes, in plain old life, we have certainly had our opportunities here to test where our feet are standing.  Probably most of you know that we are scheduled to have early elections on the 9th of April.  What a BELEGAN! (that wonderful Hebrew word that I have explained before meaning something like a virtual spaghetti of chaotic confusion!)

Yair Lapid has given the grandiose  promise that if he is elected the first thing that he will do is sell the Prime Minister’s plane.  Avi Gabbay, the leader of the Labor (left wing) party broke away from Tzippe Livni’s (ha Tunioa) party in a surprise move today while I believe THREE new parties have already announced their entry into the battle. Big names are running between political parties faster than the shuffling of a deck of cards (a strange metaphor for me to use, but appropriate).  It makes a kindergarten look like a peaceful island and it is embarrassing to me. The ultimate goal: Overthrow Binyamin Netanyahu!

One of our patients was in on Friday morning and my boss asked him who he was going to vote for. “ANYONE but Netanyahu! he spat. “We HAVE to get him out!”

I perked up. “Who do you think could do the job Shauel?”  I asked him.

He turned to me. ”‘I have no idea but we have had enough of him! He doesn’t do ANYTHING! We have no peace.  We need peace! We need to give them a land of their own and just separate from them!”

Oh, he was angry.

“I don’t know.  There isn’t anyone but there will be.”

Great logic, I thought.  “Let’s see…we gave them Gaza, green and flourishing, and got a hornets’ nest of Hamas terror.  We left Lebanon and got Hezbollah. Bibi has been able to tap dance through the incredible pressure that the world is putting on us. Do you really think that anything we give them would be enough?’  I asked.

“No.  They want it all. BUT ENOUGH OF BIBI!  SOMETHING HAS TO GIVE SOMEWHERE!”

Sounded to me just like the earthquakes in Alaska, the tension builds in the tectonic plates and suddenly it all shifts violently under our feet. Sudden change!  Like an earthquake!

Another change was announced here. One we have been hearing about suddenly came through the door.  I don’t pretend to understand it, nor do I really want to.  I am asking The Lord to help me understand it enough.

As of January 1, we have entered stage 2 (or 3 or 5??) on the way to having a cashless society.  We are now limited in cash transactions.  That’s an unsettling (earthquake) feeling for those of us hold-outs who do NOT use credit cards or bank transactions or automatic payments etc. etc. etc.  I was discussing the new law with our money changer this morning.  I have known Netaly since she was about 10.  Her father served in the army with my boss near the northern border more than 30 years ago.  Their last name is Goeli which means “my Deliverer.

When I told Netaly that I don’t use a credit card nor a smart phone she gasped.  I showed her my small Nokia cell phone and she looked horrified.  ‘Wow!  That’s an ‘antique!’ But how do you know about sales?  You can’t even get sale items unless you download the coupon on your smart phone. Especially with prices skyrocketing,” she informed me.

“I’m more concerned about paying our bills.  Our electric bill has not been arriving and when I finally get it, there are late payment charges tagged on.  When I call to solve the problem, they tell me which app to download.”

Catch 22. They are on their way to doing away with payment altogether (along with water, gas and every other utility.  This is no longer some weirdo conspiracy theory, it is at the door.  The VERY kind bank worker (there ARE no longer tellers because there is NO LONGER MONEY KEPT AT OUR BANKS. Our bank workers are there to help us with technical problems and transactions) told me oh so gently, that very soon I will simply HAVE to go cashless.

“So please tell me.  What happens when the world suddenly gets unplugged?  When the cyber umbrella falls?”

He smiled at me patiently. “That won’t happen.  It is all backed up in ‘the cloud.’”

I thought about years ago, back in the 1970s.  We lived in a small Alaskan village facing Siberia.  People had generators, oil boilers, wood stoves, kerosene lamps etc.  One day our village arrived into the “modern world.”  THE ELECTRIC COMPANY PLUGGED US IN!  It was all spanking new and full of guarantees.

Everyone was in wonderland and everyone got rid of their old wood burning stoves…except us.  I remember the day that the lights went out in NYC and the city became paralyzed and panicked.  Here we were in a remote village where the temperature regularly fell to -40 below 0 with 80 mile per hour winds and people were going to DEPEND upon the electricity never going out. NOT US!  And yes, it happened (thankfully not for too long) that there was a glitch and the electricity went out, and our little house was wall to wall people when it did.  Back up wood stoves re-appeared quickly after that.

ONLY GOD CAN NOT FAIL! BUT EVERYTHING in His Word WILL come to pass…even…the uncomfortable parts.

So I told my banker that I believed The Scriptures and I wasn’t about to take a mark when the Cybernet crashes. There will be no way to buy and sell and feed all of the people on the earth without some easy ID that can’t be stolen or counterfeited. And then  the mark is introduced. I don’t mean to sound weird, but it just finally seems very POSSIBLE!

And since He did tell us about it, I believe it.   And interestingly the bank person may have thought that I was weird to not have a credit card or smart phone, he DIDN’T think that I was weird for believing the Scriptures.  Interesting!

With all of the unknowns, God has already been there and walked each path (yours and mine) and He knows how to keep each one of us, so I PRAY that our faces are upturned and our hearts are tender and hearing.

God bless and keep each one of you.  May He be glorified in us as we walk ahead.