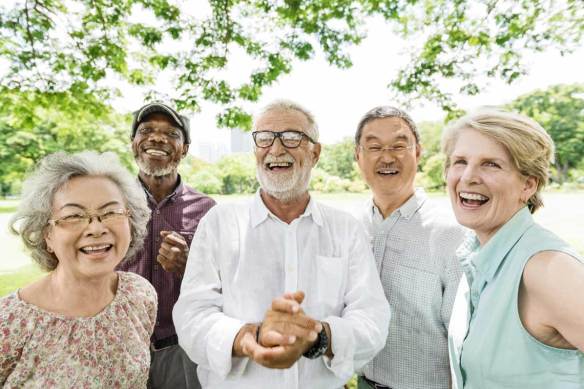 One of the greatest geezer preachers of all time was Smith Wigglesworth (1859-1947).

Wigglesworth was born in 1859 in Yorkshire, England. His parents were so poor that Smith had to miss school as a child and work to help support his family. Even so he became born again when he was eight years old. Later, he became an apprentice and then a plumber.

He married his wife Polly in 1882. She taught him how to read and encouraged him to preach, but he was tongue-tied and couldn’t speak in front of crowds. So, his wife was the anointed preacher until her death in 1913.

When Polly died, he was so grief-stricken that he commanded death to leave her. She came back to life, opened her eyes and said, “Smith, the Lord wants me. It’s your season now.”

Smith looked into her eyes. “If the Lord wants you, I will not hold you,” he replied.

The day after the funeral, Smith Wigglesworth threw himself on his wife’s grave and wept. The Holy Spirit spoke: “Smith, get up. It’s time for you to travel the world and preach the gospel.”

Then, an argument followed between the Holy Spirit and Wigglesworth. He refused to get off the grave because he was too heart-broken and didn’t want to minister without his wife.

Finally, Wigglesworth said, “Lord, I’ll get up and go to the world, if You’ll give me her anointing, too.”

That day, Smith Wigglesworth, fifty-four years of age, began his ministry to the world and continued until he died at eighty-eight years of age.

Because of Wigglesworth’s lack of schooling, he normally spoke with a working-class cockney accent, hard to understand. But when he preached and ministered, he talked like an Oxford professor. Perfect English.

There has never been a man like Smith Wigglesworth. As many as nineteen people (some say only twelve) were raised from the dead through his ministry. Tens of thousands were healed and saved in his meetings.

And he did all this while he was a senior citizen.

Lord, Your word states that You do not show favoritism toward one person over another. So, I ask You to move on the senior citizens here in American and raise up dozens of people who will walk in the same anointing that You gave to Smith Wigglesworth. (Based on Acts 10:34)

Join with me on Thursdays to fast and pray for Christian Senior Citizens in America.