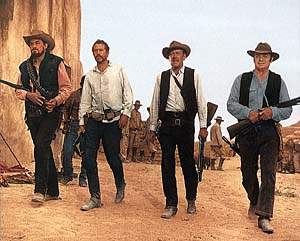 Over twenty years ago, I had a vision that really disturbed me.

In it, I saw black youths raiding upper middle-class and wealthy white neighborhoods. They were armed with AR-15s, AK-47s and large knives. They plundered valuables, killed white people and burned down their homes. I saw them dancing and rejoicing about what they had accomplished with their mayhem.

I knew as I watched on that decades of pent-up hatred and anger by black people toward white people had fueled these black youths into carrying out their murderous actions.

Then, the vision changed.

In this part, I saw white mercenary armies going into black neighborhoods, hunting down young black men and killing them. Bodies of dead young black men piled up in the streets, resulting in the loss of a great percentage of a whole black generation.

Even though we live in the time of the last days when nations and various people groups (racial, religious or whatever) will go to war and kill each other, this doesn’t mean we are to remain passive and just watch it happen. We are called by Jesus to stand in the gap and intercede for lives and souls.

Lord, we cry out for Your mercy to fall upon black Americans and white Americans. We ask that You break down the middle wall of separation between these two races and abolish all hostility between them so that You create one new man from the two races, thus making peace and reconciling them both to God in one body through the cross, thereby eliminating hatred and anger between them. (Based on Ephesians 2:14-16)

Join us on Tuesdays to fast and pray for America.

My new weekly column entitled, “Are Demons Responsible for Inner City Violence,” can be read by clicking here.

If you have an iPhone or iPad, you can perhaps read it better by using the Chrome browser rather than Safari. Also, you can go to the app store and download a free app called: WND.