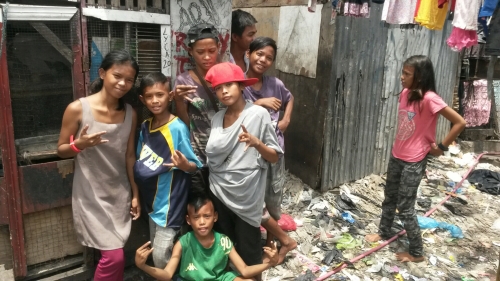 Each Tuesday, I pray and fast for the nations of Asia, where 4.4 billion people live.

1. 85.4% of world’s unevangelized people live in Asia. (Unevangelized means they may have heard the gospel but have no understanding on how to respond.)

2. The world’s three largest non-Christian religions – Muslim, Hindu, and Buddhists – are based in Asia.

4. 85-90% of unreached people live in Asia. (Unreached means that they have never heard the name of Jesus.) (Operation World: The Definitive Prayer Guide to Every Nation)

Then because we do this, God will make sure that we have all we need and plenty left over to help others.

This is the biblical formula on how to prosper. So, we can throw all of the other prosperity books, tapes, and videos away, right?

Lord, open our eyes and ears to the poor and helpless in the slums of BASECO and Don Bosco in Manilla to the slums of Mumbai and all over Asia. Give us dreams and visions that will compel us to move from our lukewarm attitudes toward Asia to either being hot or cold. (Based somewhat on Revelation 3:15-16)

Join with me on Tuesdays to fast and pray for prisoners, according to Hebrews 13:3.