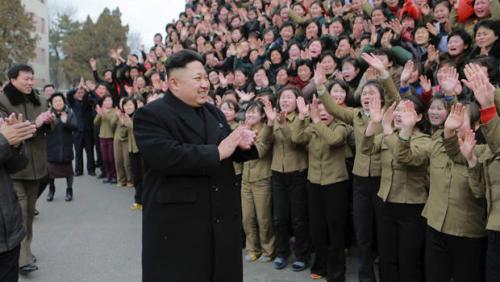 The door burst open and Quon stood in the doorway, his face red with anger.

“Next time, you better have a baby boy or I’ll send you back to North Korea. You’ll end up in prison, and this time, you’ll die there,” he screamed with his fists clenched, ready to strike.

Twenty-year old Soo Jin flinched, lifting her arms to protect her face from the expected blows by her elderly Chinese husband. She said nothing, knowing her excuses would only provoke him to greater wrath.

“And don’t even spend time thinking about your baby,” Quon said, “she’s dead.”

“How? Can I see her?” said Soo Jin, looking up at his gray whiskered face, but revealing little response in her vacant eyes.

“I told you if you had a girl baby I’d throw her in the river and I did,” he exclaimed as he turned and partially closed the door. He added, “Tomorrow, you’ll clean the barn. It smells like you. You’re such a loser.”

He slammed the door and locked it.

Soo Jin leaned back against the wall with her knees pulled up near her chest. Her breasts ached from engorgement, but the vaginal discharge from the delivery had ceased. She hoped to wash up in the morning after finishing her chores and then change into clean clothes. Yet, changing clothes presented a problem as Quon would watch on and might be aroused by her nakedness, something she could not bear to think about.

Although exhausted and filled with grief for her dead daughter, Soo Jin braced herself and refused to curl up on the mat. She needed to make decisions, ones she had postponed until after her baby was born. It now was time.

“Oh Jesus, if only You could help me today and not just when I’m dead and in heaven,” she whispered, not waiting for an answer or expecting one.

Fourteen months earlier, a frail woman at the prison camp near Hoeryong, North Korea, just across the Tumen River from China, told Soo Jin about Jesus. The woman quoted John 3:16 and stated that if Soo Jin believed in Jesus she would go to heaven when she died.

It was an easy decision to make because heaven sounded better than any future Soo Jin could ever have dreamt for herself. She asked Jesus into her heart. Peaceful warmth comforted her, but agony and hunger soon dimmed its effects. It was now a distant memory hidden in the recesses of her heart.

A friend convinced Soo Jin to escape the prison camp with her. This was another easy decision. Eating rice husks, having electric cattle prods stuck in every body cavity by guards, and watching mothers boil young children for food had driven her close to the edge of insanity and suicide. Escape seemed to be her only answer.

The two girls’ plan was simple: avoid the guards, cross the Tumen River at night, and live happily ever after in China. Their plan succeeded on two out of three counts.

As soon as they crossed the river, two traffickers captured them. Soo Jin’s thirty-year old friend was sold for 3,000 yuan ($761) to a Chinese prostitution ring. Soo Jin was purchased by the elderly Chinese bachelor, Quon, for 7,000 yuan ($1,066).

Thus began her yearlong ordeal at Quon’s farm. Farm chores. House chores. Constant sexual assaults. Beatings. Verbal abuse because she was a North Korean, a loser in Quon’s eyes. It all blended itself into a living Hell for Soo Jin.

Soo Jin made up her mind. She would no longer be a slave and a sperm depository for Quon. She would escape and take her chances. Maybe, this time, she would make it to South Korea.

“Oh, Jesus, why did You create me to be such a loser?” Soo Jin whispered.

(The above fictional story is an excerpt from Deceived Dead and Delivered by Larry Nevenhoven, Amazon eBook, 2013)

The above fiction was based on the testimonies of thousands of woman who have fled North Korea and crossed into China.

Lord, I ask You to raise up thousands of women who have escaped from North Korea, anoint them with Your power, and send them back into North Korea. Help them, Lord, to overcome the Devil’s plans for North Korea with the blood of the Lamb and the word of their testimony and help them to love not their lives even until death. (Based on Revelation 12:11)