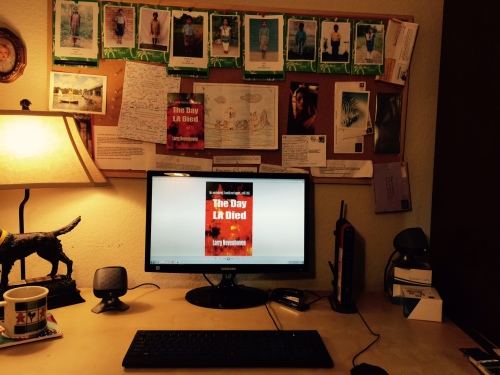 I began this series on January 10, 2015, but because nothing was moving forward for me, I placed it on hold. Now things are happening again. So, I’ve decided to rerun the earlier parts before I began anew. If you don’t want to wait, you can read the first ten parts in their entirety here.

One of my favorite prophetic words was spoken to me in the Spring of 1994. It happened when a friend and her husband stopped by the house to see me on their way to a restaurant.

“Larry, the Lord knows how much you love to preach, but He wants you to do something first for Him, before you do any more preaching. Then afterward, you can preach all you want,” she said.

The “something” the Lord wanted me to do first turned out to be – start a paint contracting company, which ended up being a total disaster. I am still suffering from its fallout, twenty years later.

And preaching? I still laugh when I think about the Lord saying to me: “Then afterward, you can preach all you want.”

You see, what was missing in the prophetic words was that the Lord was going to squeeze every drop of desire out of me to preach and be on a stage ever again. The guy who used to love to preach died often in countless trials over the last twenty years. I absolutely do not miss him and, in fact, I abhor the guy I used to be.

Okay, how does this fit into publishing?

I have two thousand copies of The Day LA Died, ready to be marketed through whatever way the Lord shows me, like Christian book stores, churches, and advertisements. The two thousand copies weigh a total of 1900 pounds and are stored in closets throughout the house. It would be nice to free up the closet space again.

But first, I feel the Lord wants me to do something for Him, something which, of course, has nothing to do with publishing.

So, if you believe that walking with the Lord is the shortest distance between point A and point B, I have bad news for you. That is usually not the case. There will be plenty of time-consuming zigs and zags and stops along the way, but I also guarantee, it will be the greatest adventure of your life.