The Search for One New Man (Part 2) 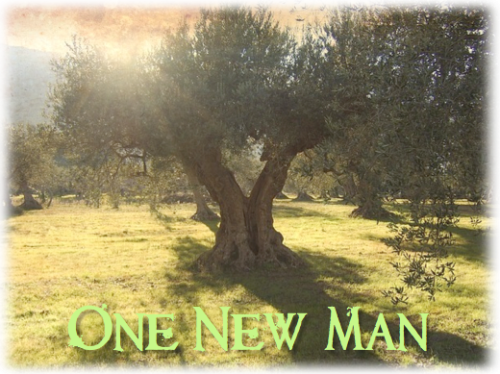 As a Gentile, my eyes have been opened over the last six months by Hebraic Roots teachings. For instance:

If you’re a Gentile like me who has been around Evangelicals for a while – in my case thirty years – then you probably skimmed over the above verses without really paying much attention to the words. After all, you already know the punch line: “You must be born again.” Right?

This is one level of understanding scripture, which is from our Gentile or Greek mindset.

Now, the Hebrew mindset looks at Nicodemus and realizes that he is a ruler of the Jews, which means he was a big-time rabbi, Torah teacher, and a member of the Sanhedrin. Nicodemus would have memorized all of Leviticus, much of the Torah (first five books of Old Testament), and understood most of the oral traditions (Talmud) given by the top rabbis for the Old Testament (Tanakh).

The term “born-again” was not first coined by Jesus in His nighttime meeting with Nicodemus. It was already in use and referred to a Gentile’s conversion to Judaism. The Gentile man would have been circumcised and then immersed in a mikvah or water bath. The mikvah was regarded as both a grave and a womb, from which the Gentile was reborn or born again.

So in light of this revelation, we can better understand the conversation between Jesus and Nicodemus. The Torah teacher was not baffled by the term “born-again,” but instead was really saying, “Hey, Jesus, I’m already a Jew. How can I convert again to Judaism?”

Jesus answered Nicodemus by saying in so many words, “Nicodemus, being Jewish is not enough. You can’t rely on your ethnicity. You must have a change of heart and believe in Me as the Messiah.”

This is a second level of understanding scripture, which is from a Hebrew mindset.

Yet, the one new man that I’m searching for takes the place of both mindsets.

(Continued in Part 3……if you’re interested, the full series to date can be seen here.)