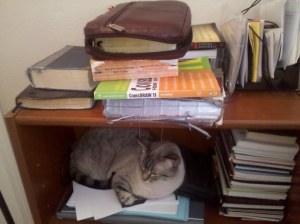 The White House Press Secretary, Sarah Huckabee Sanders, and her party of seven were asked to leave the Red Hen Restaurant in Lexington, Virginia, by Stephanie Wilkinson, the restaurant owner on last Friday night. Wilkinson told Sanders, “We have certain standards that need to be upheld, such as honesty, compassion, and cooperation. I’d like to ask you to leave.”

Her words were based on her dislike for the Trump administration and his positions on LGBT issues.

Sanders even offered to pay, but the owner said that it was on the house.

My take is that the owner’s actions were illegal and wrong.

Stephanie Wilkinson and the Red Hen Restaurant have a covenant via their sales tax agreement with the state of Virginia to provide goods and services to all peaceable and willing buyers who walk into the restaurant. They do not have the option of discriminating against customers based on their race, religion, sex, age, political parties, and so forth.

What about the Masterpiece Cakeshop lawsuit where the owner, Jack Phillips, refused to bake a wedding cake for a gay couple? Didn’t Phillips claim that his moral standards would be violated if he baked the wedding cake? Yes, he did. And Phillips just recently won a narrow Supreme Court decision in his lawsuit.

I wrote an article for WND disagreeing with Phillips’ stance because he also had a covenant via his sales tax agreement with the state of Colorado to provide goods and services for all customers who entered his business establishment. Even though Phillips won his Supreme Court lawsuit, I still agree with what I wrote.

What about children being separated from their illegal immigrant parents? Is President Trump a ruthless monster for doing this?

Actually, President Trump has been following the law. The Clinton Administration and the Ninth Circuit Court of Appeals agreed to the Flores Settlement in 1997. This multilayered law requires minors to be separated from adults while the adult parents are being criminally prosecuted for illegal entry into America.

Presidents Clinton, Bush, and Obama followed the same Flores Settlement and separated children from their illegal immigrant parents before Trump became president. Why is everyone complaining now? Where were their voices for the past twenty years?

How do Christians respond to these issues?

All over the map!

Some are outraged by what Sarah Sanders endured at the Red Hen Restaurant, but shout for joy because Phillips won his lawsuit. Many believers think Trump is the equal of the Antichrist for following the law about separating children from their illegal immigrant parents but omit mentioning anything about Clinton, Bush, and Obama. Others fall somewhere in between on each issue.

Is it possible that Christian opinion on issues like these are formed more by the media than by the Word of God and prayer?

Let everyone submit to the governing authorities, since there is no authority except from God, and the authorities that exist are instituted by God. Therefore whoever resists the authority is opposing God’s command, and those who oppose it will bring judgment on themselves. (Romans 13:1-2)

Remind them to be subject to rulers and authorities, to obey, to be ready for every good work, to speak evil of no one, to be peaceable, gentle, showing all humility to all men.(Titus 3:1)

Do the above verses mean we need to walk lockstep with ungodly laws? Of course, not. That’s how the Nazis browbeat Christians in Germany to accept their ungodly ways. But if we disobey ungodly laws, we do have to realize that we may end up being treated like Dietrich Bonhoeffer who was imprisoned and hung by the Nazis. If so, we need to be as accepting as Bonhoeffer was with his execution.

Pray and study before acting on social media and wherever else. Remember we will give an accounting at the Judgment Seat of Christ for every idle [lazy, shunning the labor one ought to perform] word we speak or write.