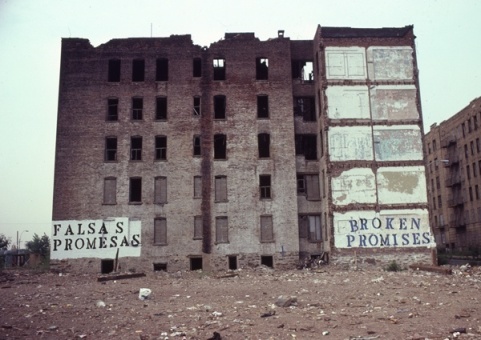 With the exception of the inner cities blacks being devout Christians, these facts are disheartening.

They remind me of the time a little black six-year old black girl named Cici sat on my lap during a church service at the inner city ministry I attended during the 1990s. She looked up at me and asked, “Can I go home with you and live with you?”

I was shocked at her words. “You want to leave your mother and live with me?” I replied.

Cici nodded her head up and down.

I understood her feelings about her home life. Her mom was a drug addict. Her dad was in jail, but numerous men lived with her mom at various times. Her four brothers and sisters ranged in age from two to twelve years old. Not enough money. Not enough love. Not enough personal attention.

I actually prayed about doing what she asked, but my life was a mess, too.

“Life does not ask what we want. It presents us with options.” (Thomas Sowell)

My new weekly column entitled, “Are Demons Responsible for Inner City Violence,” can be read by clicking here.

If you have an iPhone or iPad, you can perhaps read it better by using the Chrome browser rather than Safari. Also, you can go to the app store and download a free app called: WND.

My new weekly column entitled, “’Personal Prisons’ in Black America” can be read by clicking here.

If you have an iPhone or iPad, you can perhaps read it better by using the Chrome browser rather than Safari. Also, you can go to the app store and download a free app called: WND

Where is MLK’s True Prophetic Successor?

My new weekly column entitled, “Where is MLK’s True Prophetic Successor,” can be read by clicking here.

If you have an iPhone or iPad, you can sometimes read it better by using the Chrome browser rather than Safari. Also, you can go to the app store and download a free app called: WND. 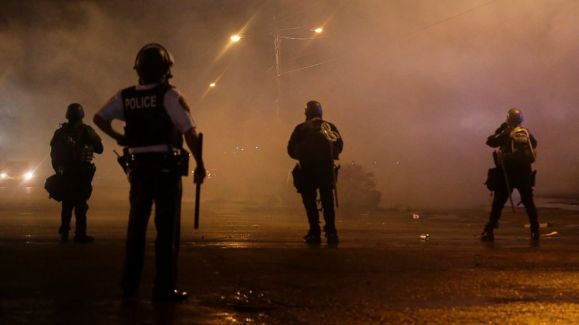 Not counting the Bible, I’ve read Tramp for the Lord by Corrie ten Boom more times than any other book. The memoir contains stories from her worldwide travels. A particular one seemed appropriate right now.

In it, Corrie ten Boom related how she traveled to a church in Munich, Germany, in 1947, to proclaim the message of God’s forgiveness to the defeated and bombed-out German people. She stated to them:

“When we confess our sins, God casts them into the deepest ocean, gone forever.  And even though I cannot find a Scripture for it, I believe God then places a sign out there that says, ‘NO FISHING ALLOWED.'”

Afterward, the German crowd stood up and filed out, few daring to believe the message’s truth. None approached, except for one heavyset man who moved toward her.

Ten Boom recognized him as one of the cruelest guards at Ravensbruck, the concentration camp where she and her sister were imprisoned. She survived, but her sister died because of the guards’ cruelty.

The man stood in front of her and offered his hand. She fumbled in her purse, not wanting to shake it. Her message sounded glib to her ears at that moment.

He admitted to being a guard and then said, “But since that time, I have become a Christian.  I know that God has forgiven me for the cruel things I did there, but I would like to hear it from your lips as well, Fraulein. Will you forgive me?”

Corrie ten Boom ignored the man’s hand, not being able to forgive because of painful memories. It was too big a hurdle, even though she knew she had to do it. So, she prayed:

“Jesus, help me! I can lift my hand. I can do that much.  You supply the feeling.”

When their hands finally touched, God’s love flooded ten Boom. “I forgive you, brother, with all my heart,” she cried. Then she finished the story by adding:

I had never known God’s love so intensely as I did then.  But even so, I realized it was not my love.  I had tried, and did not have the power.  It was the power of the Holy Spirit…“

The love of God is shed abroad in our hearts by the Holy Ghost which is given unto us.” (Romans 5:5)

(Excerpt from Tramp for the Lord by Corrie Ten Boom with Jamie Buckingham, Jove Books, © 1978.)

This story communicates what God expects to happen when He squeezes inner cities and how forgiveness of white Americans will come by the power of the Holy Spirit.

(Continued in Part 15…the full series to date can be seen here.) 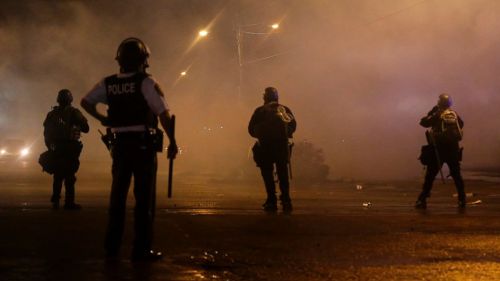 Just to remind everyone: in the last part, I wrote about a vision I had of a black river flowing out of the Inner Cities of America filled with black apostles and prophets who had characters approaching that of Jesus.

So, how will God do this?

(Continued in Part 12…the full series to date can be seen here.)

I soon had a vision, which revealed a black river flowing out of America’s inner cities, filled with black apostles and prophets. Their moral characters were at a level never before witnessed in America. No longer did believers have to gaze back at the John Wesleys, Jonathan Edwards, Charles Finneys, D. L. Moodys, or whomever for examples of godly men because these black apostles and prophets raised the bar of godliness to a level approaching the character of Jesus. Filled with love, compassion, boldness, and walking in holiness, these black men had one goal: to do the will of God for their generation.

All had walked out of Egypt: the furnaces of the inner cities. Many had spent years in prisons for murder, robbery, rape, and other crimes. All seemed fatherless and raised by a mother caught up in the cruel, never-ending welfare cycles, which has enslaved generations of inner city children.

Yet, the grace of God had delivered these men from the spirit of slavery so that the spirit of adoption had captured their hearts. (Romans 8:15) Their fatherlessness now ended at the feet of the Abba Father, who they knew intimately in a way few − outside of Jesus − had ever known.

This is the generation of men that all of America is now awaiting, but it will not come forth without groaning and suffering pains of childbirth. (Romans 8:22)

So, what price will the groaning and suffering pains of childbirth cost the inner cities and the rest of the Body of Christ?

(Continued in Part 11…the full series to date can be seen here.)

Larry Who
Create a free website or blog at WordPress.com.