Jump Off the Crisis-Conflict Merry-Go-Round Now 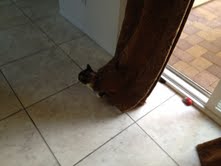 “What in the world, Wimsey, are you doing in this morgue?”

Opening lines from books, such as the above one from the novel, The Unpleasantness at the Bellona Club by Dorothy Sayer, are written to grab our attentions and hook us into reading more.

You see, crisis and conflict sell books. It is the difference between a page-turner and a yawner. The crisis-conflicts add tasty “us versus them” flavors which force us to choose sides and hold on until the end.

Yet, not only do crisis-conflicts work well in the fictional world of publishing, but both are now mainstays in the supposed real world of the news media and politics. It matters not if it is a news report on CNN, ABC, Fox News, or whatever network or if it is a clash between Republicans and Democrats, because  the subjects are always cranked up into crisis-conflicts.

Crisis-conflicts settled today will be forgotten tomorrow. New ones will take their places as crisis-conflict hoppers are always filled to the brim, waiting to dispatch steady supplies to the media and politicians.

Do not be anxious about anything, but in everything by prayer and supplication with thanksgiving let your requests be made known to God.  And the peace of God, which surpasses all understanding, will guard your hearts and your minds in Christ Jesus. (Philippians 4:6-7)

Turn off TV news and TV commentary shows. Turn off talk radio. Don’t listen anymore. If you need news updates, read news articles on line or even a newspaper.

Jump off the crisis-conflict merry-go-round now.

You see, if you really want God-inspired discernment then you are going to have to rid yourselves of the world system’s voices which always produce fear and discord in its listeners.

My e-Book, “Need Prosperity,” is Free Today and Tomorrow on Amazon. Get Your Copy Now! 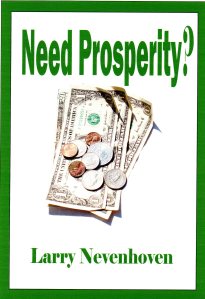 If you have a Kindle, Kindle Fire, iPad, Nexus, Galaxy, or any computer with Kindle apps on it, my e-book, Need Prosperity, is free on February 26 and February 27 through Amazon.

Prosperity for Christians is a two-sided coin.

On the bottom side are the prosperity preachers with their pleas: “Send me your money and God will bless you a hundredfold.” Their messages sound great until you ask, “Why don’t they go to India or Africa? People are poverty stricken and starving there.”

Then, it dawns on you: Duh! There are no fish with fat billfolds in Third World nations. Hey, the message must only work on suckers like us.

But wait a moment, okay?

There is also a top side to the coin because the Bible has much to say about prosperity.

Just so you know, I’m not a Rolex-wearing, Mercedes-driving, mansion-living, card-carrying prosperity preacher. I am a simple man who has learned some valuable revelations in the deepest financial valleys of my life.

The book, “Need Prosperity,” reveals what I’ve had to learn to survive tough times. I really believe it will bless all readers, even those who have been burned by prosperity teachings.

Free February 26 and February 27, 2013. So, check it out here and while you’re there check out my seven other e-books here. 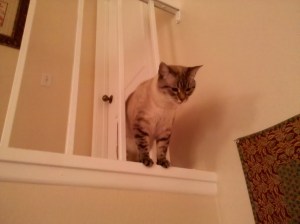 Right after hearing these words, our knees wobble, mouths dry out, and heads hang down. Then, we Christians slowly sink into our seats.

We’ve been body-slammed by the Matthew 7 catch-all retort used by the media, politicians, activists, atheists,  butchers, bakers, and candle stick makers who hope to justify ungodly lifestyles by using the words of Jesus.

If they hate God, dishonor their parents, murder, commit adultery or fornication, and tell lies, they have already been judged by the Word of God, specifically the Ten Commandments.

Furthermore, if they are involved in abominable sins, such as homosexualty, abortion, or cheating in business, they are also judged by the Word of God.

The verses in Matthew 7 are not a magic “Get Out of Jail Free” card, shielding people from their guilt. If they have committed any of the above sins, the verdicts have already been rendered. They’re guilty. No excuses, alibis, or flippant retorts will help alleviate the judgments against them.

Jesus spoke the above words in Matthew to prepare us – the believers – for helping prisoners in the kingdom of darkness. They’re guilty and need our help. But first, we need to get rid of our own sins.

Our goal is to be able to demonstrate God’s love to them and say, “Friend, let me help you get rid of that speck in your eye.” Because every breakage of the Ten Commandments or abominable sin is just a speck waiting to be washed clean by the blood of Jesus.

Yesterday is gone. So, now is the time for us believers to prepare our hearts for today’s world.

My e-Book, “Planning + Preparation = Survival,” is Free Today. Get Your Copy Now!

If you have a Kindle, Kindle Fire, iPad, Nexus, Galaxy, a computer, or smart phone with Kindle apps on it, my e-book novel, Planning + Preparation = Survival, is FREE January 29 – 30, through Amazon.

What is the #1 statement spoken by individuals during large catastrophes?

“I didn’t think this would ever happen to me.”

They believed catastrophes always happened to someone else, but never to them. And if it did happen, they thought the government would arrive on the scene and rescue them before their cups of coffee turned cold.

If this is your present thinking, then allow me to say one word to smash your ideas to smithereens: Katrina. Yes, Hurricane Katrina, the watershed event when all of us should have learned to never again place our faith in governments to rescue us or our families from catastrophes.

Planning + Preparation = Survival is a no-nonsense book written to show Christians how to pray, plan, and prepare ourselves, our families, and our communities for possible natural and terrorist catastrophes in the near future.

Free January 29 and January 30, 2013. So, check it out here and while you’re there check out my four other e-books here.

If you have a Kindle, Kindle Fire, iPad, Nexus, Galaxy, a computer, or smart phone with Kindle apps on it, my e-book novel, Jonah, is FREE January 15 – 16, through Amazon.

The novel, Jonah, consists of two novellas written specifically for people who live in a post-911 America and who no longer see hope in a watered down, same-o same-o religion.

The main character in the first novella, “Jeremiah,” has his dreams wrecked by a late night visitation with an angel. Then, he receives a prophetic message for San Francisco. Will the city heed Jeremiah’s warning or is the city doomed?

In the second novella, “Jonah,” two prophets receive identical messages for the West Coast. Though each faces different struggles, it comes down to whether or not the people believe the prophets’ words. If the prophetic words are ignored, what will happen?

Fiction or prophecy? Time will soon reveal the answer to all of us.

Free January 15 and January 16, 2013. So, check it out here and while you’re there check out my four other e-books here.

My e-book, “Deceived Dead and Delivered,” is FREE Today. Get Your Copy Now!

If you have a Kindle, Kindle Fire, iPad, Nexus, Galaxy, or any computer or smart phone with Kindle apps on it, my e-book novel, Deceived Dead and Delivered, is free January 8 – 9, through Amazon.

Deceived Dead and Delivered consists of two short novels, a prophetic allegory, and a few short stories, written especially for believers who are looking for answers to today’s tough questions.

In the first short novel, Pull the Plug, life was perfect for Chuck Brewster until that Easter Sunday in San Francisco when the angel arrived and opened Chuck’s eyes. From then on, Chuck’s new revelations stirred up nothing but trouble…or so his wife and family thought.

The second short novel, Deceived Dead and Delivered, takes place near the campus of the University of California, Berkeley, where Daniel and Amanda McCord attend the progressive Jesus Is Love Community Church. Then one morning a new spiritual gift causes Daniel to realize, “demons suck,” and that his church has big problems.

The Great American Church Derby is a prophetic allegory which takes place in a Starbucks with two men drinking coffee. It offers hope to hungry believers who long for a church who truly walks in unity.

The book contains the above, and also a few short stories.

Fiction or revelations? You can decide for yourself after reading Deceived Dead and Delivered.

Free January 8 and January 9, 2013. So, check it out here and while you’re there check out my four other e-books here.

The day after 911 occurred, several ministry leaders announced, “This is a judgment from the Lord…because of America’s sins of abortion and homosexuality.”

Only hours later, every ministry leader recanted of his statements.

Why did he add that the economy and employment picture would straighten out at the end of 2009?

The answer for all of the above questions can be expressed in one word: money.

The leaders’ views concerning 911 stopped the phones from ringing. No more kaChing at the cash registers. So, in order to keep fighting the good fight (with money in hand), they stuck their tails between their legs and recanted.

And how much money would you donate if you believed the economy was sliding into a depression without any hope in sight? Not much, right? Thus, the leader added some light at the end of the tunnel. “Keep those checks coming folks! Because everything will turn out well toward the latter part of 2009!”

Hey, all of the secularists and pagans have labeled us church-going Christians as money-hungry whores for years, haven’t they? And guess what? For the most part, they’re right!

2009 sucked, right? And the biggest reason was that finances were sucked out of the economy for not only the present time period, but also for our futures. Trillions of dollars gone!

America’s economic slide will continue in 2010. Many trillions more will be sucked out of the economy. Churches and ministries by the thousands will close their doors – not enough kaChing to keep their engines running.

And sadly, the Church has not repented of our money-hungry ways as yet.

For the time has come for judgment to begin at the house of God; and if it begins with us first, what will be the end of those who do not obey the gospel of God? (1 Peter 4:17)

Larry Who
Create a free website or blog at WordPress.com.