My e-Book, “New Wind Blowing,” is FREE Today. Get Your Copy Now! 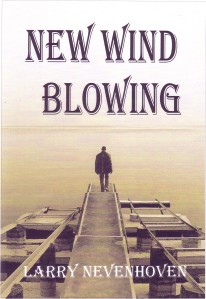 If you have a Kindle, Kindle Fire, iPad, Nexus, Galaxy, a computer, or smart phone with Kindle apps on it, my e-book novel, Jonah, is FREE January 22 – 23, through Amazon.

“The definition of insanity is doing the same thing over and over again and expecting different results.” (Albert Einstein)

Since the 1970’s, we Christians have attempted to overturn the Supreme Court’s Roe versus Wade decision. We have fasted. We have prayed. We have preached and prophesied. And then, when that has failed, we have done more and more of the same. Yet, we have fallen far short of the mark.

Maybe, we are doing something wrong. And maybe, it’s time to look at a book like New Wind Blowing.

Part I explains a 2008 revelation on abortion and three other major issues.

Part II relates a 2011 revelation about the 2008 presidential election.

Conclusion states what we Christians should do in light of these two revelations.

Free January 22 and January 23, 2013. So, check it out here and while you’re there check out my four other e-books here.